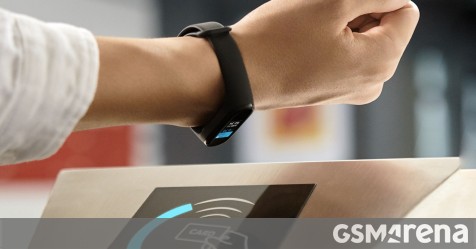 Xiaomi will release the NFC-enabled version of the Mi Band 4 in Europe in a couple of weeks. Until now, this version was exclusive to China, but it will soon become available in Russia and later on in Europe as well.

Initially, only Mastercard will be supported. You will have to add your card in the Mi Fit app and select Russia as your region. Support for Visa, Google Pay and PayPal should be added, but theres no time frame for when that will happen.

Besides contactless payments, you will be able to use Xiaomi Mi Band 4 NFC in public transport. MasterCards PayPass currently supports Russia as well as the Germany, Italy, Poland, Switzerland, Turkey, the UK and France.

To be clear, this is new hardware and not a feature that can be enabled on the non-NFC version of the band. Look for NFC in the name and the model number MGW4059RU.

The Xiaomi Mi Band 4 NFC will become available in Russia on June 16 and will cost RUB 4,000, 30% more expensive than the old version of the band.

Note that Xiaomi will unveil the new Mi Band 5 on the 11th. This model is expected to bring NFC support globally, a larger display and a microphone for talking to Alexa.