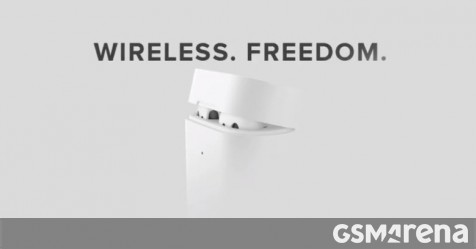 Xiaomi is launching its Mi 10 lineup in India on Friday, May 8. In series of tweets, the company and its regional director Manu Kumar Jain revealed more stuff will be introduced during the live stream – a device that turns every TV into a Smart TV which is most likely a Mi Box; and true wireless earphones resembling Apples AirPods.

Imagine watching all that amazing content on #Internet on your TV.
Imagine turning your TV into a #SmartTV.😎

Mi fans, we’re launching one more device with #Mi10 on May 8. Leave your guesses in comments.

Tag your friends who need to turn their TV into a Smart TV. pic.twitter.com/MtvmRQQUDh

The Mi Box is pretty much confirmed in the comment replies on Twitter where the Mi India account responds positively to every tweet that is guessing in the right direction. The TWS earphones are also interesting because the short 7-second clip reveals a totally new design.

Mi fans, I think I have received 1000s of comments from you guys about this one. 😇

Excited to announce we will be launching this ultra cool😎 product along with #Mi10 on May 8.

The first Mi TWS earphones arrived on the global scene with silicone tips and rather unique design, while this new generation is going for the well-known solution that even Realme adopted when it introduced the Buds Air.

The whole launch will be online and Xiaomi has promised a live stream for the event. Once we have a link to the YouTube video, well hook you up on Friday to watch along.