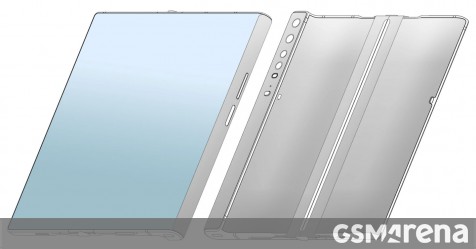 On Friday, a new patent was published for Xiaomi by the CNIPA for a smartphone design submitted in late-2019. Weve seen a bunch of patents for smartphones in various form factors including foldable ones, and clamshell designs. Remember, just because an OEM patents a new design, doesnt necessarily mean it will arrive to the mass market. That said, lets look at the latest patent from Xiaomi.

At first glance, the foldable smartphone design looks a lot like Huaweis Mate X foldable smartphone. Patent drawings slightly enhanced by LetsGoDigital show a device with a display that folds outwards, and features a bar where the phone is meant to be held. Not only is this the thickest component of the smartphone, but this bar also houses the devices four cameras. There is no dedicated selfie camera(s), so these cameras will be used for closeups as well.

Much like the Mate X, theres even a charging port at the bottom end of the camera handle which acts as a grip for the right hand while the phone is in the unfolded position. We wonder if the hinge will use a mechanism like the Mate Xs Falcon Wing. When folded, the screen wraps around the front and back of the phone with very small bezels. When opened, the screen turns into a large tablet surface, leaving the camera pointing to the back. Otherwise, when its closed, the side with the larger screen area becomes the main display.

Huaweis Mate Xs is very expensive at around $2700 with limited market availability. Aside from its exceedingly high price point, Huaweis Mate Xs doesnt come with Google Services, which makes it hard to consider in Western markets over the only real other competition in this space: the Samsung Galaxy Fold. 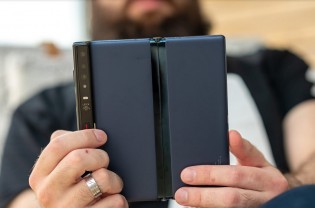 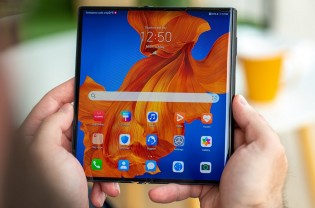 If Xiaomi released a folding phone that could compete with the Mate Xs and the Galaxy Fold, thered be another (possibly cheaper) alternative that will surely come with Google Play Services. Xiaomi has yet to release any folding smartphone to this day but based on the patent drawings weve seen, it is eager to do so.

It was over a year ago that Xiaomi teased its double-folding smartphone being used by the companys co-founder, Lin Bin. Yet, Xiaomi has yet to release any folding smartphone. We wonder if 2020 will be the year that Xiaomi finally markets a folding device like the ones we’ve seen in leaks. Whatever Xiaomi is working on, it sure seems to be taking its time to figure out the kinks  especially after seeing what Samsung went through with the Galaxy Fold.