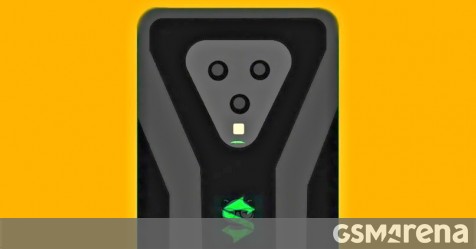 Xiaomi is expected to take the wrapping off of its new Black Shark 3 gaming handset in just a few days, on March 3 and naturally, the leaks have been intensifying accordingly. While cameras are understandably not going of be the main focus of this device, it is still good to get at least part of the scoop early. A new rough drawing of the phone has surfaced online, offering a better look at its back design, including what is a rather particular arrangement of a triple-camera setup.

#Xiaomi #blackshark3 #blackshark3pro
This is what the new gaming smartphone will look like. The render of the back to visually show a symmetrical design and a new triple camera. Although the most important thing in such a gaming phone is of course the cooling system.

Just as a refresher, we did already manage to get a closer look at the multi-level design of the back panel on the Black Shark 3 in one of the earlier teaser videos, shared by Xiaomi CEO Lei Jun. Seems that between the quite particular camera module, the equally particular magnetic charging attachment solution and the LED lighting effects, there is going to be quite a git going on on the back panel of the device. Makes sense, considering the other major spotlight feature that will be present on the phone – mechanical pop-up shoulder triggers.

Circling back to the camera, we have little actual info on its trio of snappers, beyond some wild speculation of 64MP resolution for the main one. At least, we do have a blurry photo of the module itself to back-up the otherwise crude drawing. As far as other hardware details go, we do know that the Black Shark 3 will be available in a vanilla and a Pro version. The only definitely confirmed difference between the two, at this point, being battery capacity – 4,720mAh and 5,000 mAh in the vanilla and Pro, respectively. 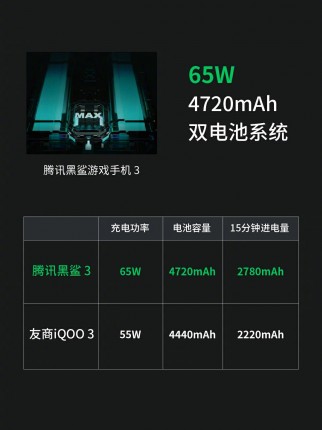 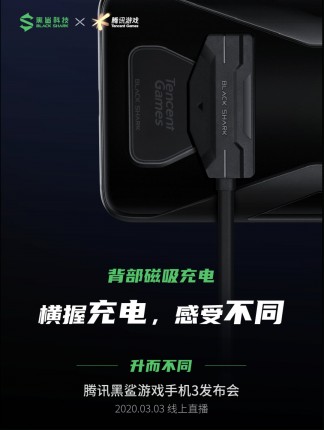 As far as we know, both will share a 65W fast charging solution for said batteries. Also, other confirmed common bits include a 120Hz display refresh rate, Snapdragon 865 chipset, up to 16GB of RAM, a 3.5mm audio jack and a Type-C port. Thankfully, we don’t have to wait too long for the unveiling to get the full picture.