Weekly poll: the Huawei P40 phones are so good, but can you love them with no GMS on board? 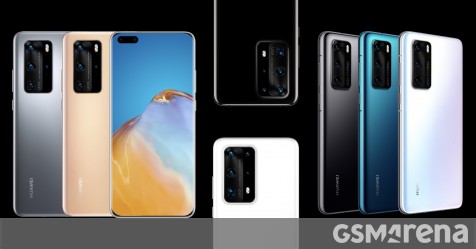 It’s that time of the year again – Huawei is pushing mobile photography forward with the launch of its new Leica-equipped P40 family of phones. The company even unveiled its own voice assistant, video chat and Cast protocol, but the question remains – would you buy these phones and leave the Google ecosystem behind?

First, let’s consider why it’s so tempting to do so. The Huawei P40 Pro brings the brand’s first high refresh rate display (90Hz) and reworks the complicated hardware above the screen – the IR face scanner, ToF and gesture sensor are still on board, but they now live in a pill-shaped punch hole that’s way smaller than the Mate 20 Pro notch. The addition of autofocus to the 32MP front camera does much to improve selfies.

However, the best cameras are on the back. The 50MP 1/1.28″ sensor is the largest of any modern smartphone and has upgraded phase detection. The 5x telephoto periscope cam (125mm) has a higher resolution sensor than the P30 Pro, 12MP. Huawei did much to improve its ultra wide Cine camera too – more details in our full review of the Pro model.

And while the main camera on the back uses the exact same 50MP sensor, the telephoto cam is fairly standard with 3x magnification (80mm) and 8MP sensor, same for the 16MP ultrawide cam. You can read our thoughts on the P40 in our hands-on review.

The Huawei P40 Pro+ is the ultimate flagship. It’s the first to introduce 40W wireless charging, as powerful as its wired charging. Even reverse wireless charging is insanely quick at 27W. This phone is water proof too and Huawei built it out of ceramics, which are as durable as sapphire (says the company).

Better yet, Huawei reworked the periscope to nearly double the focal length – 240mm gives you about 10x magnification. Better still, there’s a second zoom cam with a traditional 80mm lens (3x), so that the jump between wide and tele isn’t so jarring.

The plus model comes with 512GB of storage, which is plenty. The other two have 128GB (P40) and 256GB (P40 Pro), which some might find limiting. They will have to get a NanoMemory card to expand the storage, which isn’t ideal (at least they can still use dual SIM functionality as the phones have eSIM built in).

The Pro+ price tag is pretty spicy, however, 1,400. And it will only be available in June. Is it worth the wait? Is it worth it at all, when some apps just won’t work?

This goes for the other two as well – how many of you are willing to buy a Huawei P40 and which one will it be?

Which (if any) Huawei P40 will be your next phone?