Weekly poll results: vivo X50 Pro+ wins over the fans as it didn’t underestimate the chipset 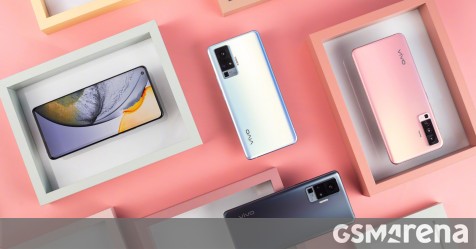 Last weeks poll is a good example of the appeal that cutting-edge flagships have. The vivo X50 Pro+ won hands-down  being the only one with a flagship chipset, the Snapdragon 865, certainly made a big difference. The 120Hz refresh rate certainly helped as well.

And lets not forget that the plus model is the first phone to use the Samsung ISOCELL GN1  a large 1/1.3 sensor thats optimized for low-light shooting. It has a native pixel size of 1.2µm, which grows to 2.4µm thanks to the Tetracell technology (i.e. the Quad Bayer filter).

The vivo X50 Pro suffered a surprising defeat  its gimbal camera is unique and eye catching, but it couldnt carry the phone to victory all by itself. Maybe vivo should consider a version of this phone with a flagship chipset, marrying the gimbal camera with an S865 could be a winning recipe. Or maybe reviews will show that a gimbal camera is a must-have feature for your next phone, we’ll see.

Finally, the vivo X50 may not have the camera chops of the other two, but it makes for a solid mid-ranger. Its based on the same platform as the Pro, but the 6.56 90Hz AMOLED screen is flat, which appeals to some.