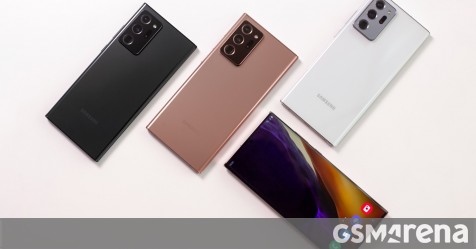 The poll results are in and we have good news and bad news for Samsung. The Galaxy Note20 Ultra is shaping to be a proper hit, winning the approval of over half of the over 30,000 people to vote. The Galaxy Z Fold2 is also showing increasing interest in the form factor, while the vanilla Galaxy Note20 got snubbed.

The detailed breakdown shows that over 45% find the Galaxy Note20 Ultra an awesome phone, worthy of its sky high price tag. A further 7.6% would be looking to get it should they get a deal.

Not surprisingly the Exynos 990 chipset powering the phone in some regions is causing the most people to look around. There were plenty unhappy to get that over the Snapdragon 865 in the S20 family, but now that the US, China and South Korea are getting the plus version of the Qualcomm chip the rest of the world clearly believes it’s missing out.

In contrast the regular Galaxy Note20 got outright rejected by every third voter, while one in four believe that it’s either overpriced or that it’s losing too many features for the price difference to the Ultra. Just over 5% of you liked the Note20 for what is, which is the lowest approval rating we’ve seen in a good while. 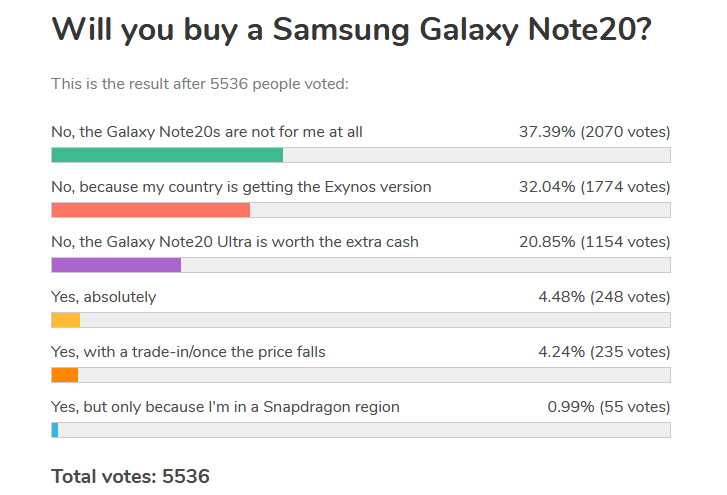 Finally, the Galaxy Z Fold2 got 16% outright approval and 34% further voters willing to consider it depending on the pricing.

Seeing how the first generation foldable phones were barely worth a second look by the vast majority of people, this is actually a pretty impressive score. It’s clear that the original Galaxy Fold and the Z Flip have convinced quite a few people that they are not only durable enough, but worth the hefty price tags.