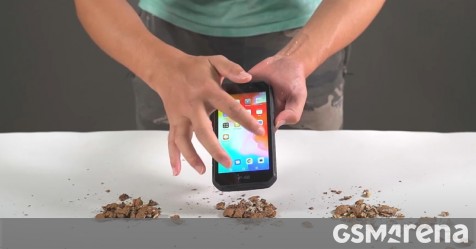 The Ulefone Armor X7 came out last month to take the world by storm with its rugged credentials. The phone may not look very modern (or at all), may not have high-end specs (quite the contrary, in fact), but none of that matters. Because its main claim to fame is just how rugged it is.

The Armor X7 is IP68/IP69K water and dust resistant, MIL-STD-810G compliant, and can survive drops to solid concrete from up to 1.2m. But what about its screen? How much can it endure before it gives in?

Thankfully, Ulefone itself decided that the world needed to know, so it made a new promo video about just that. A word of caution, though – this video is definitely not for the faint of heart. Oh, and if you find smartphone torture disturbing, well, this will be just that. The display gets hammered, knifed, and put through a bunch of other anything-but-realistic usage scenarios, just to prove the point that it’s a solid fit on this device, in terms of ruggedness.