The Xiaomi Heylou Solar smartwatch is not solar-powered, but offers a lot of bang for your buck 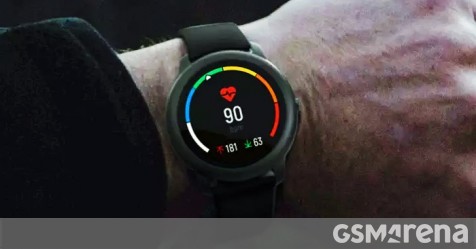 The Haylou Solar smartwatch (its pronounced hello, by the way) has reached its crowdfunding goals and will start shipping on May 18 later this year. By the way, if you thought that the name Haylou was not the best, just wait until you find out that the watch called Solar has no solar cell. 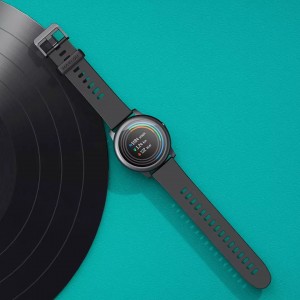 No, you only get a 340mAh battery. To be fair, that battery will last a fairly impressive 30 days, half that if you have the 24-hour heart rate tracking enabled. Not bad at all. Naming aside, this is actually a great smartwatch as you get plenty of hardware for not much money.

Its also IP68-rated, so you can take it in the shower and even swim in the pool with it. As mentioned, it has heart rate tracking and multiple exercise modes (no swim tracking, but still). The watch can also track the quality of your sleep and help you with some breathing exercises.

The Haylou Solar (LS5) connects to your Android or iOS smartphone over Bluetooth 5.0 and does the usual smartwatch-y things  notifications, music controls, weather info and son on. Note that this runs proprietary software rather than Google Wear OS or similar. Youll be using the Haylou Fit app to sync the watch with your phone.

Haylou was one of the first companies to join the Xiaomi ecosystem, by the way, though it mostly focused on audio accessories until releasing its first smartwatch last year (the Solar is its second). And if you’re thinking that this pricing is too good to last, it probably is.