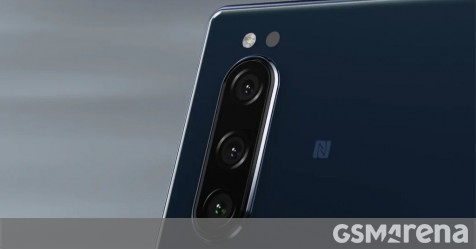 There were rumors about a large Sony Xperia 5 Plus, but that never came to be. Now theres talk about a phone that is quite the opposite  an Xperia 5 II with a sub-6 screen. This phone will be released in Japan in the second half of this year, according to insider sources.

The phone will have a 5.6-5.8 screen, down from the 6.1 panel on the first Xperia 5. Theres a high possibility that this phone will have 5G connectivity, which will make it the first sub-6 phone to have 5G.

And it will be only Sonys second 5G phone, the other being the Xperia 1 II. There’s also the Xperia Pro, but that is hardly targeted at consumers. It does add mmWave (the Xperia 1 II only offers sub-6GHz), but that requires extra antennas, which may not fit in a smaller body.

This Xperia 5 II can slot nicely between the Xperia 1 II and 10 II  smaller than the premium flagship, more capable than the mid-ranger. Though even with 5G, the flagship status of this phone is not certain.

And neither is its name. A couple of months ago there was a rumor about an Xperia 9 with Snapdragon 765G, which has a built-in 5G modem. This model was even benchmarked back in December 2019, but has proven particularly leak-resistant.

The new rumors say nothing about the chipset, but the current Xperia 5 has the flagship Snapdragon 855, which may be yet another reason to change the name. Alternatively, sparseness of leaks may just mean that there is nothing real to leak.