The MediaTek Dimensity 820 will reach 2.6GHz CPU clocks, will power a 5G Redmi 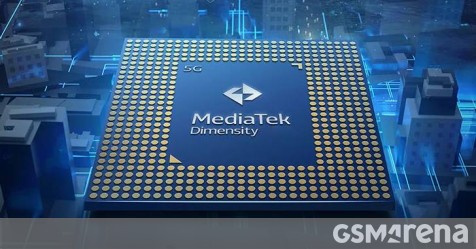 MediaTek has scheduled an event for Monday (May 18) to unveil a new 5G chipset. The Redmi Note 10 which surfaced on TENAA may be the first phone to use it and if its not, theres a good chance that it will be the Redmi K30i 5G instead. Redmi General Manager and Xiaomi VP Lu Weibing reposted MediaTeks announcement, lending some credence to the rumors.

The new chipset will be called Dimensity 820. Weve also heard 800+, which lines up with the naming scheme of the Dimensity 1000+. Either way, the new chip will offer a performance boost – TENAA shows that the CPU will reach clock speeds up to 2.6GHz, up from 2.0GHz on the Dimensity 800.

Rumors suggest MediaTek will switch to a 2+2+4 CPU setup with two prime cores at 2.6GHz, two big ones at 2.2GHz and four small ones at 2.0GHz. The company will likely stick with the four Cortex-A76 and four A55 combo of the 800 chip (which runs all eight cores at 2.0GHz).

There could be more than that, of course. For example, the Dimensity 1000+ added support for 144Hz screens, reduced power usage and improved 5G and Wi-Fi 6 connectivity.

Anyway, with the new Dimensity chipset coming Monday and the repost from Lu Weibing, we expect to see Redmi unveil its first phone (or phones) with it pretty soon.