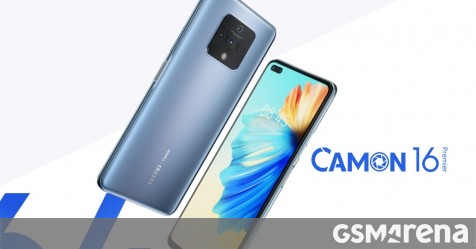 All of the phones have four cameras on the back and two on the front, with the Premier sporting a Helio G90T chipset and a 4,500 mAh battery.

The front panel of the Camon 16 Premier has a tall 6.9” Full HD+ screen with 90Hz refresh rate and a pill-shaped punch hole for the dual selfie cameras (48 MP main + 8 MP ultrawide). It is an LCD, meaning the fingerprint scanner made its way on the side, under the power key.

On the back the Premier has a 64 MP Sony IMX686 sensor as a main camera, accompanied by an 8 MP ultrawide-angle snapper, and two 2MP units to assist night photos, and Portraits.

The battery of Tecno Camon 16 Premier is 4,500 mAh with 33W fast-charging. If all these specs look familiar, that’s why it is practically the Infinix Zero 8 with a different design on the back. Both Tecno and Infinix are subsidiaries of Transsion Holdings, a Shenzhen-based smartphone manufacturer that focuses on sales at developing markets in Africa and Southeast Asia. 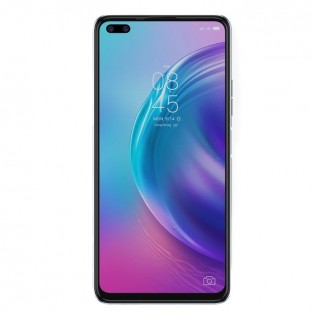 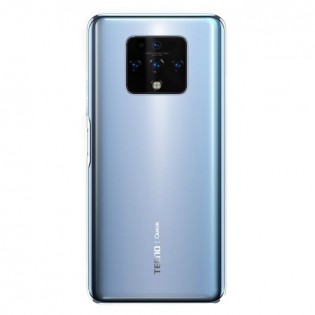 Tecno is currently selling the Camon 16 Premier for KES28,999 (about $275) and throws free TWS Hipods in the retail package.

The full specs of the Camon 16 Pro and Camon 16 weren’t revealed at the event and we’ll presumably hear more about those closer to their launch later this month.