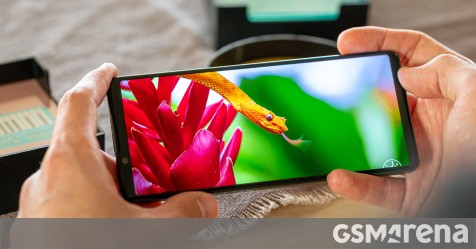 We reviewed the Sony Xperia 1 II a little over a month ago and we enjoyed it for its camera prowess and extensive feature set, among other things. What we couldn’t do at that time was test its battery life as the firmware we had running during the review wasn’t finalized in that particular respect. Now that we got the retail-grade software we were finally able to run the tests.

The numbers we got out of the Xperia 1 II are better than what we clocked on the previous generation, though it’s not a huge difference. We measured 10 hours of Wi-Fi web browsing, up from the Xperia 1’s 9 hours and twelve and half hours of offline video playback, another 1:30h increase. Neither result is great by today’s standards, particularly when you account for the 60Hz refresh rate display, but we do appreciate the improvement.

We also measured an increase in voice call endurance, a sizeable one – the Xperia 1 II lasted for 31hours in our testing, compared to the 25h result of the older phone. Standby battery draw turned out okay by the standards of the day, and adding everything up the Xperia 1 II posted an overall endurance rating of 83 hours.

The Xperia 1 II supports USB Power Delivery up to 21W but it ships with an 18W charger in the box. It’s understandable then that it’s not among the quickest to top up and we clocked 1:51h from flat to full – the better ones in the business do it in around one hour, the best ones are under 40 minutes.

Starting from an empty battery we got to a 46% charge in half an hour, more or less the same number as other phones with 4,000mAh batteries and 18W charging. For what it’s worth, the Xperia is quicker than the Motorola Edge+.

With a third-party PD adapter capable of outputting up to 65 watts, we measured 53% in half an hour and 1:44h for a full charge. It’s a minor improvement, so the lack of a 21W adapter in the Xperia 1 II’s box or Sony’s portfolio is hardly a big deal.

The Xperia 1 II supports wireless charging too, a return of the feature from the XZ3 which was removed from the Xperia 1 for one reason or another. It’s certified for compliance with the Qi Extended Power Profile for up to 11W of power transfer.

Sony itself makes the WCH20 charging pad which we saw all the way back in XZ2 times and it outputs 9W. It’s kinda old and pretty hard to come by if you want to purchase one, not to mention pricey. Third-party is the way to go with wireless chargers. 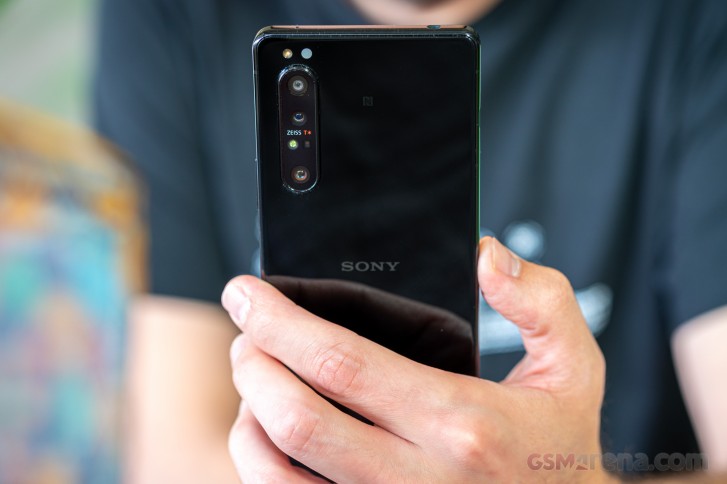 As usual, the Xperia 1 II comes with Sony’s Battery care feature. It aims to minimize the time your battery spends above 90% charge, a state which could be detrimental to its health in the long run. It does so by learning your charging habits and only topping it up immediately before you need the phone.

It works best with overnight charging and a well-established daily (nightly) routine, obviously, though you could set a custom time frame yourself. Sony’s research says that thanks to the technology the Xperia 1 II’s battery will take twice as long to degrade down to 80% of the original capacity.

A new feature this year, as part of the Game Enhancer suite, is H.S. power control. When enabled, if you’re gaming and the phone is plugged in the charger, it won’t actually charge the battery but will only meet your current power consumption. The idea is to limit heat generation (H.S. stands for Heat Suppression) and in turn battery degradation.