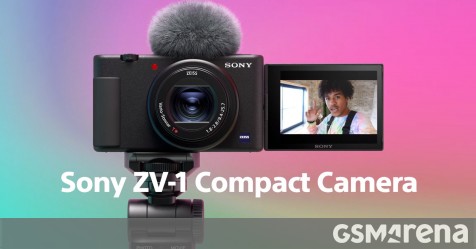 Sony has launched the ZV-1 compact camera, designed for video content creators and vloggers. The camera is similar to the company’s RX100 series but has been optimized more for video capture and for recording yourself. 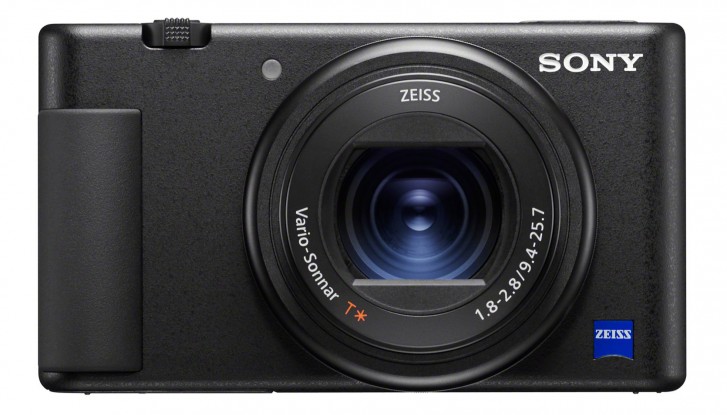 Furthermore, the ZV-1 also features a built-in ND filter, which was a feature on RX100 from Mark III to V, and enables shooting in very bright light with a slower shutter speed or wider aperture.

The ZV-1 can record video in 4K with full-pixel readout without binning in 24 or 30fps. You can also shoot slow motion video in 240fps, 480fps or 960fps. There’s built-in interval shooting for time-lapse videos and support for HLG, S-Log3, and S-Gamut3.Cine for those who want to color grade or have an HDR workflow. There’s also built-in optical and digital image stabilization.

One of the main features of the ZV-1 is the fully articulating display, a first for a compact Sony camera that so far only featured screens that tilted up or down. The ZV-1 display can swing and face forward, making it extremely easy to see yourself while recording and doesn’t get obscured by any accessory attached on top of the camera, like a microphone, as is the case with flip up displays. It’s a 3.0-inch panel with 921k dot LCD and touch support for focusing. 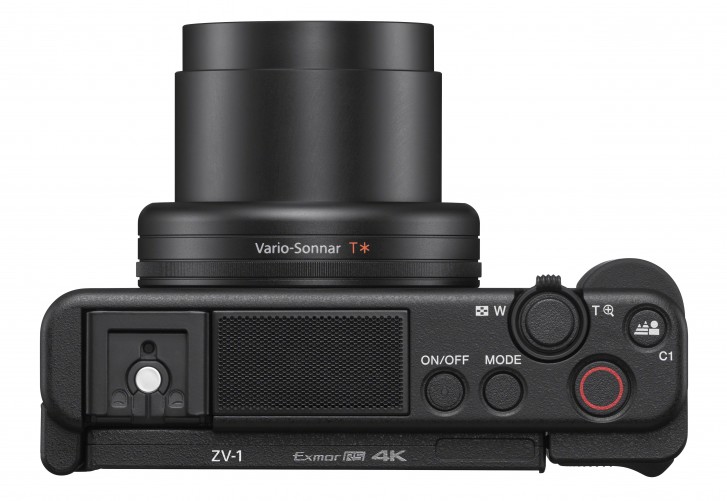 The ZV-1 offers a Background Defocus feature, which can be activated by a dedicated button next to the shutter release. Pressing the button causes the camera to blur your background by adjusting the aperture and you can switch back and forth without having to mess around with the aperture manually. If you don’t wish to use this feature, the button can be assigned some other function through the menu.

The ZV-1 autofocus system has also been optimized to work with objects with the new Product Showcase mode. Normally, when recording yourself, the camera would lock the focus on your face, so if you hold something in front of the camera to show your audience, the object would be out of focus. With this mode, holding something in front of the camera causes the autofocus to momentarily snap on to the object and then go back to face tracking once the object is off-screen. This is designed for content creators who do things like makeup tutorials or product videos where they need to showcase the product but also later have the focus shift to them without having a dedicated camera operator.

The auto exposure has also been optimized to prioritize faces on the ZV-1. If you suddenly go from a dark to bright environment, the exposure would adjust automatically to keep your face from being overexposed and blown out. Sony has also optimized the color science further on this camera for more natural skin tones in all lighting conditions.

The ZV-1 also features a new built-in microphone system, with a directional 3-capsule mic that is optimized to pickup sounds in front of the camera and ignore things happening on the side and back of the camera. A wind screen is provided to reduce noise on windy days. The camera also has a microphone jack for attaching external microphones directly to the camera. No headphone jack here as you wouldn’t really be monitoring audio while filming yourself but would have been nice to do a quick audio check before you started rolling.

There’s also a micro HDMI if you want to output to an external recorder or capture card. The USB port still uses microUSB but at least allows you to charge the battery while the camera is in use. Unfortunately, there’s no charger provided so you have to charge the battery internally unless you purchase the optional charger.

Finally, Sony is also offering an optional and atrociously named accessory called the GP-VPT2BT Shooting Grip with Wireless Remote Commander, which lets you mount the camera and control it using the grip. It’s just a grip, however, and there is no stabilization built-in. The grip is part of a kit that also includes a 64GB memory card.

The Sony ZV-1 is priced at $749 and will go on sale in June. However, that’s the introductory price and it will go up to $799 after June 28. The Vlogger Kit with the grip and the SD card will set you back $99 if purchased with the camera before June 28 or $149 if purchase separately.