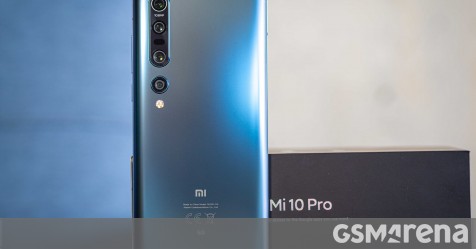 The benchmarking platform AnTuTu has released its monthly charts for best-performing smartphones, and this time Xiaomi Mi 10 Pro rises to the top. The phone is ahead of the OnePlus 8 Pro and the vanilla Mi 10, all of which are powered by the Snapdragon 865.

Interestingly enough, there are zero phones from the Huawei ecosystem as the six-months old Kirin 990 is edged by the newer competitors.

Four members of the Samsung Galaxy S20 family make the top 10, with the Asus ROG Phone 2 inbetween. The Top 10 is completed by the 2019 devices OnePlus 7T and OnePlus 7 Pro, but the current OnePlus 8 is nowhere to be seen.

There aren’t too many Huawei phones in the midfield race as well, but the nova 7i with Kirin 810 sits comfortably on top with nearly 10% better score than the second-placed Xiaomi Redmi Note 8 Pro. The Top 3 is completed by the Realme 6, outperforming the Realme 6 Pro. Aside from the HiSilicon platform in the Huawei midrangers, all other chipsets of the phones in Top 10 are gaming-oriented with powerful GPU. 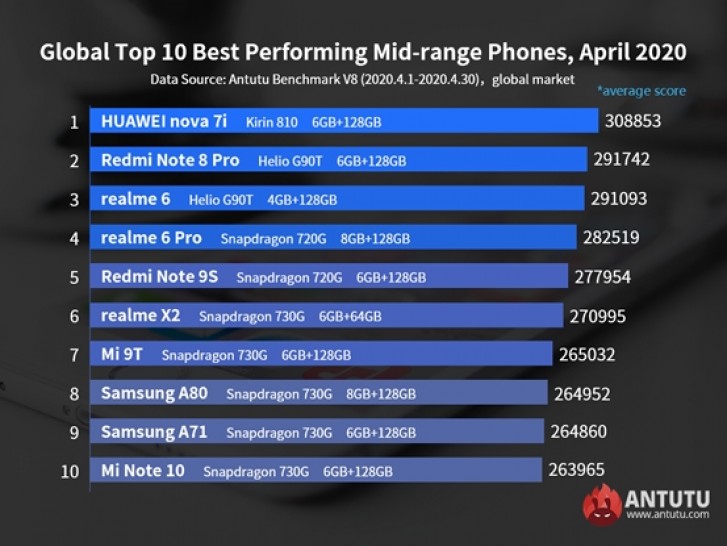 The AnTuTu result is a total of four separate benchmarks – CPU, GPU, UX, and memory performance. Even if most midfield chips are equal, some are more equal thanks to an overclock of the graphics unit.

The last few weeks were extremely filled with smartphone announcements, so we expect the flagship and midrange lists to be rearranged next month when the new devices will have gathered enough results.