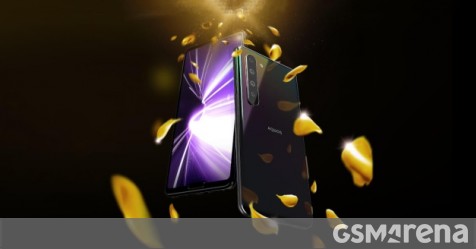 Back in February, Sharp announced its Aquos R5G in its home market of Japan. This was the first 5G capable phone in the manufacturer’s lineup and brought flagship specifications alongside a polarizing design with a double notched screen. Now, the Aquos R5G has made its way to Taiwan where it will retail for NT 34,990 ($1,187). The phone will be offered in black and white colors with sales scheduled to begin on July 6

The Aquos R5G is built around a 6.5-inch 120Hz IPS panel with QHD+ resolution. It boasts a waterdrop notch on the top for its 16MP selfie cam and a cutout at the chin for its capacitive fingerprint scanner. The display has a 19.8:9 aspect ratio and is protected by Gorilla Glass 6.

Around the back, we have a 12MP main shooter with OIS, a 48MP ultrawide module and a 12MP telephoto cam which also boasts OIS. The fourth cutout is for the ToF module. The phone is also capable of capturing 8K videos from ultra-wide module. Under the hood, the Aquos R5G packs the Snapdragon 865 paired with 12 GB LPDDR5 RAM and 256GB UFS 3.0 storage. The software front is covered by Android 10 while the battery capacity is 3,730mAh. The phone is IP68 compliant and weighs in at 189 grams.