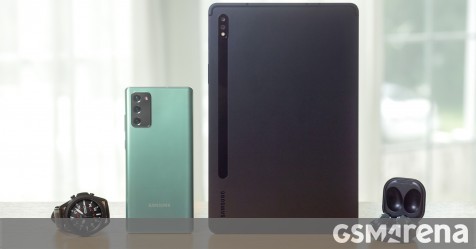 Samsung used to unveil new Galaxy Note models at IFA, but in recent years it moved that unveiling to its own Unpacked event. That event has since grown with no less than 7 new devices debuting at it this year.

You can (re)watch the livestream from the event or just jump to the good stuff. Below we’ve included various useful links covering the new devices, so you can use this page as a jumping off point.

To summarize quickly, the Galaxy Note20 and Note20 Ultra build on the camera advancements of the S20 phones with new S Pen features. Battery life should be better than the Note10 generation too.

The Galaxy Z Fold2 represents a major upgrade in terms of screen and cameras over the original model. It’s still pricey, but it’s as cutting edge as it gets.

Then there are the two Galaxy Tab S7 slates. Both have 120 Hz screens and come with an S Pen, you can buy a keyboard cover separately. It has a touch pad, making it perfect for use with DeX.