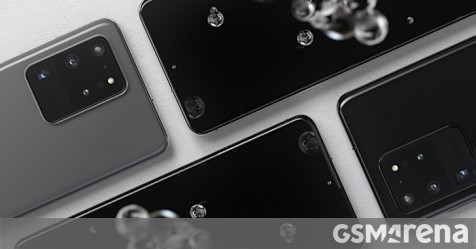 The 5G versions of the Samsung Galaxy S20 trio are receiving One UI 2.5 via an over the air update that is currently rolling out in Europe – the Galaxy S20 5G, S20+ 5G and S20 Ultra 5G are getting firmware with versions G981BXXU4BTH5, G986BXXU4BTH5 and G988BXXU4BTH5, respectively. The 4G models should be getting the same update soon as well.

Galaxy S20’s get Wireless DeX, camera updates and more with One UI 2.5

Version 2.5 of Samsung’s bespoke UI made its debut with the Galaxy Note20 phones and all the new features seem to be on board, including Wireless DeX, Android 10 gesture navigation support for third-party launchers, enhanced Pro video mode and more.

Meanwhile, the Galaxy Note10 and Note10+ are also getting updates, ones that are focused on improving the note-taking experience with the S Pen. First off, notes are now stored in a new file format as they support a ton of new features.

The Samsung Notes interface has been revamped and the app now has the ability to import PDFs, export notes as PDFs or PowerPoint files. A handy button lets you automatically straighten handwritten text. And you can now record audio, which will be played back in sync with your drawing.