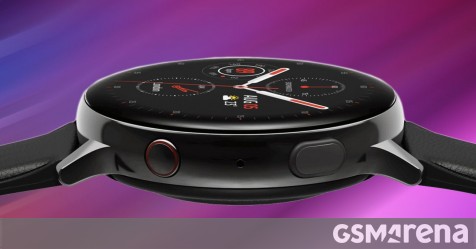 Samsung briefly put up support pages for the upcoming Galaxy Watch 3 on its South Korean website and subsequently pulled them.

The only information the pages contained was the model number of the device – four in this case. The SM-R840NZKAKOO/SM-R840NZSAKOO – which refer to the 41mm model – and SM-R850NZDAKOO/SM-R850NZSAKOO – the 45mm. These are the non-cellular variants of the upcoming smartwatch, the cellular models have the SM-R845 and SM-R855 model numbers.

However we do know some of the specs, courtesy of the Galaxy Watch 3’s certification with Thailand’s NBTC. The case will be covered with Gorilla Glass XD and will have 5ATM water-resistance and cover some of the MIL-STD 810G certification for added durability.

Both the 41mm and 45mm will have LTE variants and all models will have GPS. Naturally the Galaxy Watch 3 will have a heart-rate monitor, and it’s very likely it will also have blood pressure monitoring. There’s a rumored Titanium model as well.

A recent rumor suggested that Samsung will hold an event for the Galaxy Note20 series and the Galaxy Fold 2 on August 5, there’s a good chance the Galaxy Watch 3 will make its official appearance alongside those.