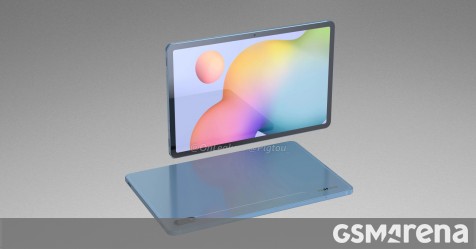 Samsung is rumored to unveil the Galaxy Tab S7 and Tab S7+ tablets in July or August. There’s no word from the Korean tech giant about the Tab S7 duo yet, but thanks to the leaked renders we already know what they will look like.

Both tablets have designs similar to the Galaxy Tab S6’s and they also have grooves on their backs for the S-Pen styluses. We haven’t seen the actual S-Pen for the Tab S7 yet, but now it has been certified by the FCC, hinting at an imminent launch.

The FCC listing doesn’t reveal the design or features of the Tab S7’s S-Pen, other than revealing its model number (EJ-PT870) and a few specs like frequency range, modulation technique and number of channels.

The Tab S7 and S7+ both passed through Geekbench recently with Snapdragon 865 SoC and 6GB RAM under the hood. The Tab S7 is rumored to pack an 11″ display whereas the Plus model will sport a 12.4″ screen – both having a refresh rate of 120Hz.

Both models will sport dual rear cameras and have 5G support, at least in the US and Europe, but the smaller version will pack a 7,760 mAh battery while the larger one will ship with a 9,800 mAh cell.