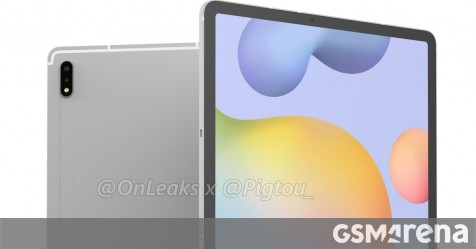 Last week we saw renders of the Galaxy Tab S7 which revealed its design and today we are looking at the images of its Plus variant shared by OnLeaks in collaboration with Pigtou.

The Galaxy Tab S7+ looks similar to the regular S7. The selfie camera placed on the right side of the screen, and around the back is the dual camera setup below which is the S-Pen stylus groove as well as the Samsung logo.

On the right side of the Tab S7+ is the power button, volume rocker and microSD/SIM card slot, and to the left are the pins to attach the keyboard accessory. At the bottom of the tablet is the USB-C port, and just like the regular Tab S7, the Tab S7+ also doesn’t have the 3.5mm headphone jack. 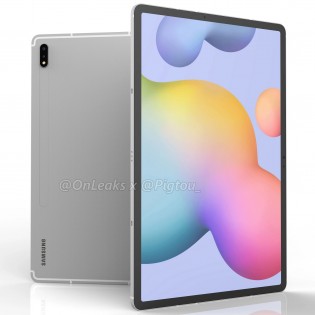 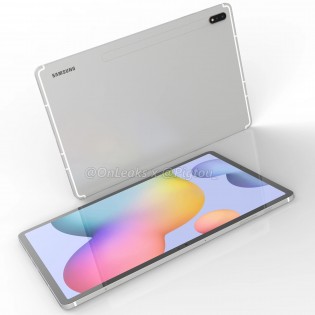 Both tablets recently passed through Geekbench, which confirmed the Snapdragon 865 chipset under the hood with 6GB RAM. Although there might be other RAM options as well that are yet to be confirmed.