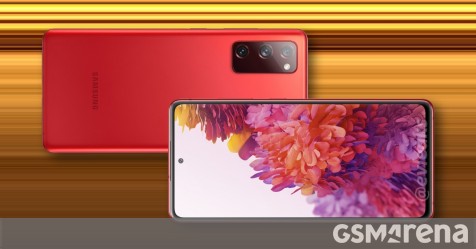 The Samsung Galaxy S20 FE will receive four months of YouTube Premium – but that’s not the important part, the interesting bit is that this info comes from the official Samsung.com site.

Better yet, it mentions both the Galaxy S20 FE and Galaxy S20 FE 5G. This means that there will be an LTE version in some markets – it’s not clear if it will overlap with the markets that get the 5G model, but if it does, the 4G version will cost less.

Also note that Samsung officially calls this phone the “FE” rather than “Fan Edition” (even though that’s what the letters stand for).

Anyway, renders of the Galaxy S20 FE show that it will have a slightly smaller screen than the S20+, 6.4-6.5 inches. We’ve also seen six launch colors and heard about most of the specs. One thing remains unclear – will all FE models use the Exynos 990 chipset or will there be ones with the Snapdragon 865? And does the choice between 4G vs. 5G matter in which chip you get (if there’s more than one, that is)?

This is especially important in regions that only get the Exynos versions of the main S20 series. According to The Elec, the S20 FE will be released in October, so it will be a couple of months before we find out.

Source (in Bulgarian) | Via