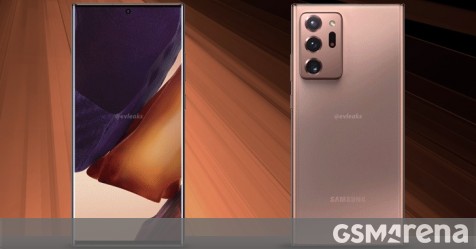 The Samsung Galaxy Note20 Ultra passed through the FCC and confirmed some suspicions that the rumor mill had. The chipset is explicitly listed as Qualcomm SM8250 – that’s Snapdragon 865, likely the “plus” variant – and the modem is an X55.

This enables not only sub-6 GHz 5G but also mmWave. The FCC tests were performed on the SM-N986U, the general US version of the phone, so the choice of Snapdragon isn’t surprising. What is surprising is the mmWave support, which is currently reserved for Verizon models (which end with a “V”).

The FCC testers also had the new Samsung LED View Cover on hand as this uses NFC to communicate and power the LED grid on the front of the cover.

They also tested the S Pen and its operation – it’s Bluetooth-connected to the phone, which uses wireless charging to top up the stylus’ internal battery, same as on current Notes. The new S Pen may have learned new tricks, however, rumor has it that it can be used as a pointer. 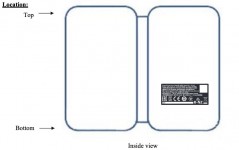 You can have a peek at the Galaxy Note20 Ultra spinning in 360 degrees for a closer look at the new design. That is an unofficial leak, of course, there won’t be official image until August 5’s Unpacked event.