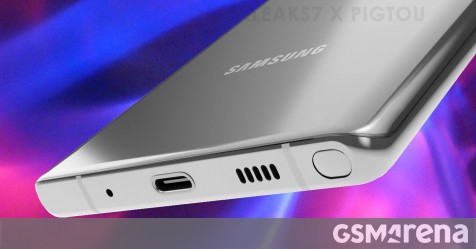 The Samsung Galaxy Note20 battery will have more capacity than its predecessor, but charging speed will not be upgraded. It and the 5G version of the Galaxy Z Flip were both certified by the 3C, which lists charger capabilities.

Theres no mention of 45W charging, even though it was supported on the Galaxy Note10+ as well as other models like the Galaxy S20 Ultra 5G and even S10 Lite. However, all these models shipped with 25W chargers in the box, leaving it to you to buy a faster 45W if you wanted it.

This will likely be the case with the Note20 phones as well. The 3C certification of the Note10+ from last year also makes no mention of 45W and yet it is supported.

The Samsung Galaxy Z Flip 5G (SM-F707, aka Bloom-X) will stick with the 15W charger of the original model, even though it will most likely swap the old S855+ chipset for a newer S865.

The Galaxy Z Flip 5G gets a slower 15W charger

The two Galaxy Note20 models and the Z Flip 5G will reportedly launch with One UI 2.5  a new refinement of Samsungs second generation One UI. The phones will probably launch around the same time, though the Galaxy Fold 2 is also expected at the Unpacked event for the Notes.

Well see if Samsung unveils two foldables at one event of if it spaces them out. Leakster Ishan Agarwal also reports that there are two new Galaxy Watch models in the works, SM-R845 and SM-R855, aka Nobelesse, but theres not much info on them as of yet.