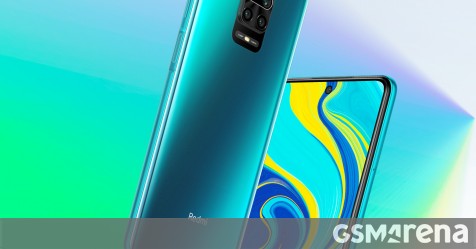 Xiaomi’s online event for the Redmi Note 9S just finished and just as expected it’s a new name for the already announced Redmi Note 9 Pro. That’s not to take anything away from what is certainly a great phone though.

The Redmi Note 9S is built around a 6.67-inch IPS LCD panel with 1080 x 2400px (20:9 aspect ratio) resolution. Xiaomi says it can reach up to 450 nits brightness, supports HDR10 and complies with TV Rheinland’s standards for low blue light emissions. This is also the first phone from the series with a punch hole for the selfie camera, which Xiaomi calls Tiny DotDisplay. And last, but not least, the screen has Gorilla Glass 5 protection layer and so does the back of the phone. Inside you get the Snapdragon 720G coupled with either 4GB or 6GB of RAM while the storage options are 64GB and 128GB, respectively. You can expand that via the microSD card slot.

Speaking of, there are two more fan favorite features that will stay for at least another year – 3.5mm audio jack and IR blaster.

The square-shaped camera module on the back packs four cameras – a 48MP main one with f/1.8 aperture, 8MP ultrawide unit with f/2.2 aperture and a 5MP macro lens. The last piece is a 2MP depth-sensing camera for better portraits.

The cutout of the display houses a 16MP camera with f/2.5 aperture and it can record 120fps slow-motion videos.

A 5,020 mAh battery keeps the lights on, which partially explains why the phone weighs 209 grams. The battery can be charged using the 22.5W-capable brick in the box. 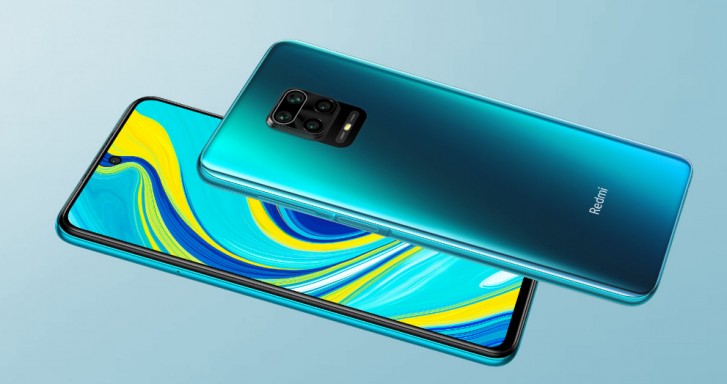 Finally, the fingerprint reader has been moved from the back to the side. It seems that most budget phones these days prefer the side-mounted fingerprint scanner + power button combo. 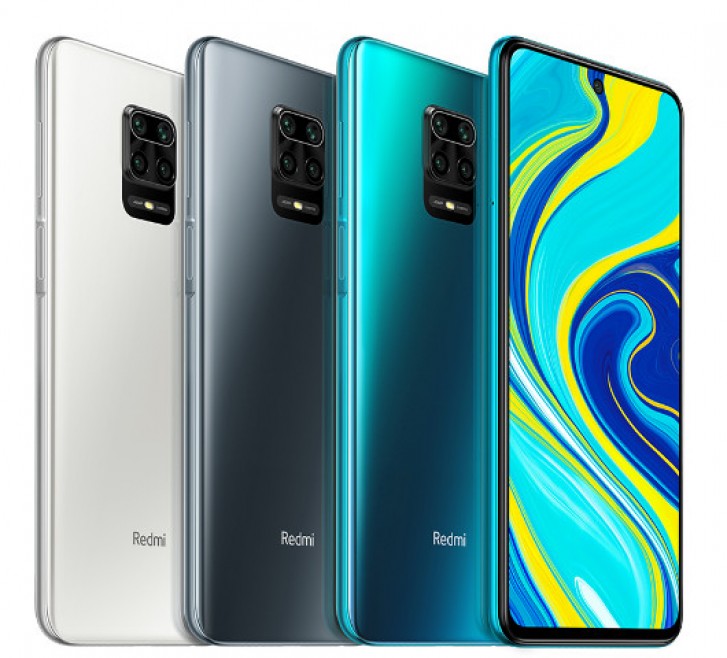 The Redmi Note 9S will be made available starting April 7. You can choose between Aurora Blue, Glacier White and Interstellar Grey.

The announcement finished with the unveiling of a MFF 2020 Limited Edition of the Redmi Note 9S. Only 2020 units will be made of the exclusive paintjob that will celebrate the 10th anniversary of the Mi Fan Festival this year. 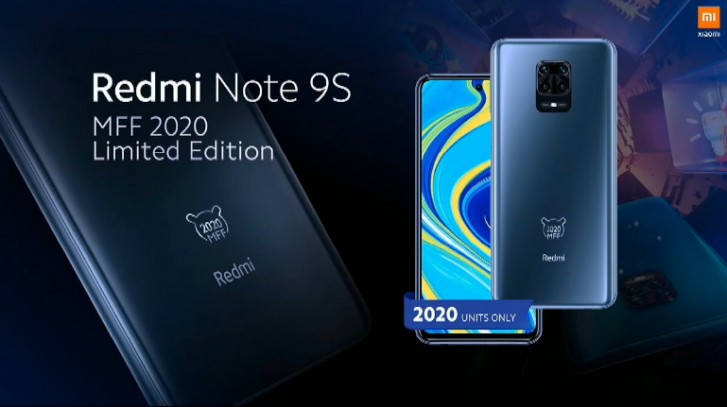