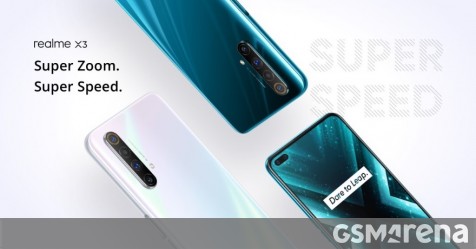 The Realme X3 unveiled a couple of days ago is yet to go on sale but it’s already receiving its second software update, which brings a fix for phone lag and improves the system stability.

Additionally, the new build optimizes the screen brightness as well as the picture quality and fixes the issue of fingerprint reader heating.

The changelog also mentions June 2020 Android security patch along with Realme PaySa (India only) and Realme Link apps, but after installation of the update, we didn’t find the apps on our unit. It’s worth noting, however, that these apps were a part of the previous A.29 update as well and we uninstalled them after upgrading our unit.

The new firmware, sporting version RMX2081_11_A.31, weighs 195MB in size and is rolling out over the air. The Realme X3 will go on sale in India starting June 30 and those who purchase it can head over to the Settings > Software update menu to check for the update manually.

You can read our Realme X3 hands-on review to know more about it.