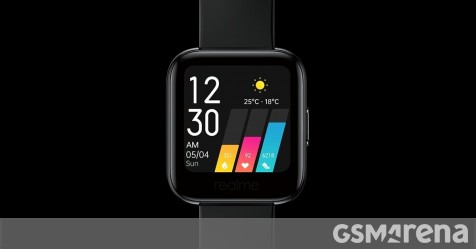 Realme had a big day today. The company at an event in China unveiled the X50 Pro Player Edition along with Buds Q and Buds Air Neo TWS earphones and new power banks. But Realme also had an event in India, where the Chinese phone maker announced its first TV and first smartwatch, dubbed Realme TV and Realme Watch, respectively.

The Realme Watch is the second wearable device from Realme after the Realme Band that was unveiled in March. The smartwatch is built around a 1.4″ color touchscreen of 320×320 pixel resolution, which is protected by a 2.5D Corning Gorilla Glass 3. The screen has a pixel density of 323 ppi and 380 nits brightness with 10 levels of adjustment. 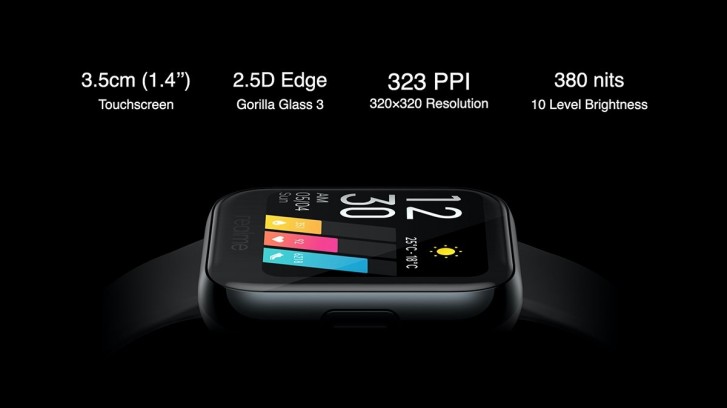 The Realme Watch comes with 12 watch faces, with the default watch face displaying time, date, day, weather, step count, heart rate and burned calories. You can select your favorite watch face from the Realme Link app and Realme says it will add 100 new watch faces through a future OTA. 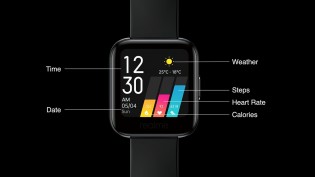 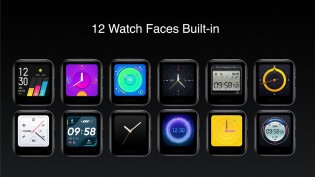 Like the Realme Band, the Realme Watch also features 24×7 heart rate monitoring, but this time you also get an SpO2 monitor as well, which measures the blood oxygen level. The smartwatch also comes with 14 Sports Modes, with Aerobic Capacity, Badminton, Treadmill, Elliptical and Table Tennis being the new ones introduced by Realme.

Another set of new features are Camera Control and Music Control. The former lets you use the smartwatch as a camera shutter button, while the latter allows you to play/pause music, change tracks and adjust the volume. 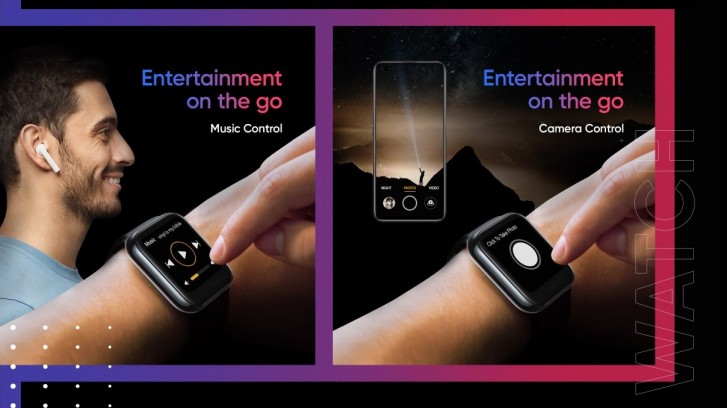 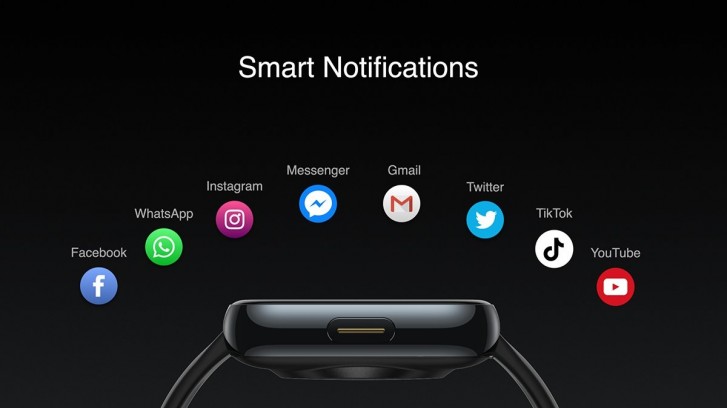 Fueling the entire package is a 160 mAh battery, which Realme claims can offer seven days of autonomy with 24×7 heart rate monitoring turned on, and nine days without it.

The Realme Watch has two strap designs – Classic Strap and Fashion Strap. The former will arrive in a single Black color, while the latter will be offered in Red, Blue and Green shades. 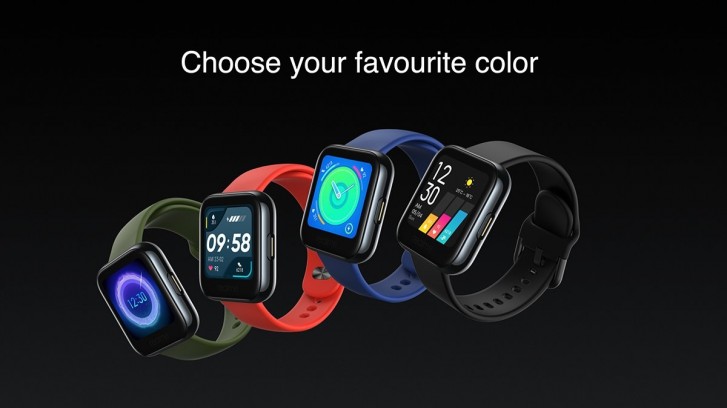 The Realme Watch is priced at INR3,999 ($53/48) and it will go on sale in India starting June 5 through the company’s official Indian site and Flipkart. It will also be sold through offline stores later on.

The smartwatch will be initially available with the regular black strap and the colorful Fashion Straps will be sold separately later at INR499 ($7/6).