Realme V5 arrives as the cheapest 5G smartphone up to date 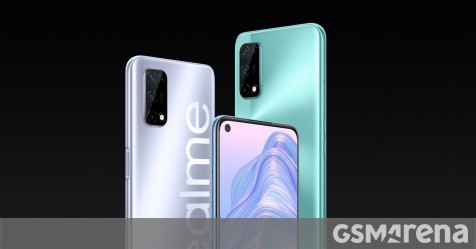 The Realme V5 is finally official, marking two impressive milestones for the young brand – it is the first device in the new V lineup and is currently the cheapest 5G smartphone out there, with prices starting at CNY1,499.

The Realme V5 is powered by 7nm Dimensity 720 chip by Mediatek – it has two Cortex-A76 cores and six Cortex-A55 units, all going going at 2 GHz. You get 6 GB or 8 GB RAM, while storage is set at 128GB, with optional expansion via the microSD slot.

There are four cameras on the back – a 48MP F/1.8 main one and an 8MP ultrawide-angle cam with 119-degree FoV being the more interesting pair. The setup also has a macro sensor to take shots up to 4 cm, and a depth sensor to assist the Portrait mode for fancy background blur.

Looking at the front, the Realme V5 presents a 6.5” LCD with 20:9 ratio, 90Hz refresh rate, and 180Hz touch sampling rate. There is a single punch hole in the upper left corner for the selfie camera that has a 16MP sensor. The fingerprint scanner found its way on the side, doubling as a power key.

The Realme V5 also packs a 5,000 mAh battery with 30W fast-charging through the USB-C port. Realme promises 0-100% in 65 minutes, and you can use the device in the same time with the screen on full brightness – as VOOC generates far less heat than most competing standards.

The 5G capabilities include support for the sub-6 GHz standard and works both on SA and NSA networks. Realme has a feature called Smart 5G that switches between 5G and LTE when convenient to save the battery life and provide smooth online experience.

Realme V5 is certified by Dolby Atmos for its sound and Hi-Res Audio for “exquisite audio experiences”, as the official press release states.

Realme said during the announcement the V lineup will provide a trendsetting design, and the V5 truly is something memorable, even if not quite unprecedented. There are three colors, with the Silver one bringing huge “Realme” logo on the side, just like the Honor 30 lineup.

The other two – Blue and Green – bring a matte + glossy solution, which might be a first for the Realme brand, but is already something we’ve seen in the Honor 8X devices. 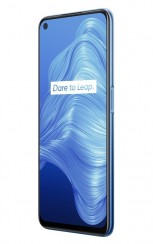 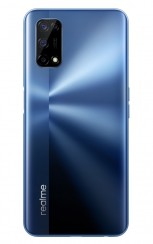 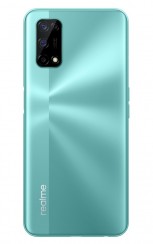 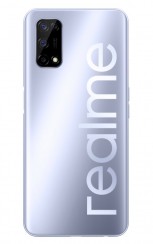 First orders will ship after August 7 when we expect Realme to have a flash sale as well.