Production of Snapdragon 875 has started on TSMC’s 5nm node 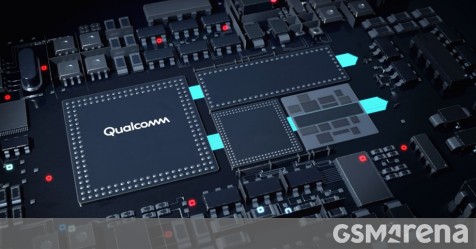 Reports coming out of Taiwan state that TSMC has begun production of the Snapdragon 875  Qualcomms next-generation flagship chipset. The company will announce it officially towards the end of the year and the new chip will likely power premium phones in early 2021.

The S875 is being fabbed at a 5nm process node, which should enable power savings, higher clock speeds and more transistors. Unlike the S865, the new chip is expected to have an integrated modem, the 5G-enabled X60 (which will also be used by the new iPhone 12 models).

The chipset will continue to use a 1+3+4 CPU arrangement. However, this time the Prime core may be the powerful Cortex-X1 instead of just an overclocked Cortex-A7x like in previous Snapdragons.

The X1 promises 30% higher peak performance than the current A77. The three big cores will likely be based on the Cortex-A78, which is itself 20% faster than the A77 while using 50% less power.

A new GPU is in order as well, the Adreno 660, according to rumors. This means that it will use the same base architecture as the 650 inside the current chipset, but Qualcomm likely has some performance enhancements in mind.

TSMC is pretty busy these days  in addition to Qualcomms order, it will be building new high-end GPUs for AMD and 5 nm A14 chipsets for Apple (these should be the first to reach the market).