Oppo Ace2 will get an Evangelion-inspired limited edition 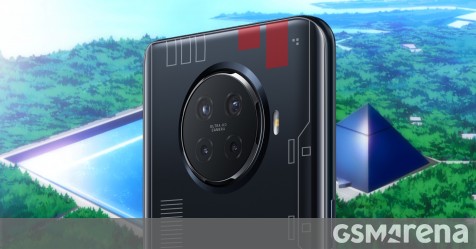 The Oppo Ace2 went on sale in China in late April, originally available in three colors. Now Ice Universe has revealed an Evangelion Limited Edition of the phone with some beautiful minimalist decals on the back.

The NERV logo is lifted straight from the show, you can dig through the Fandom wiki for more details. Neon Genesis Evangelion has been around for a long time so theres a rich backstory. In fact, this phone celebrates the 25th anniversary of the series, which premiered in 1995.

The release of the fourth movie in the Rebuild of Evangelion tetralogy has been postponed due to the pandemic, though its not clear if that will affect the launch of the limited edition phone. As for price, expect something north of the CNY 4,000 ($565) that the base model costs. How much more is not clear yet.