OnePlus Nord pre-orders are over, the OnePlus Buds will support fast charging 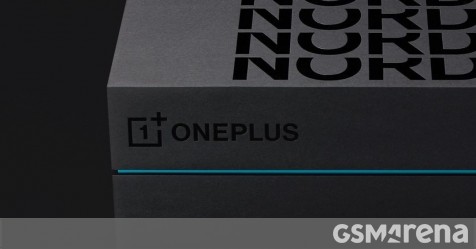 OnePlus Nord pre-orders are over – there were three stages over the last few weeks, the third of which was yesterday. Each stage offered only a limited number of phones and those ran out pretty quickly, especially considering that the company hasn’t actually fully unveiled the phone yet.

You can still be one of the first to grab a Nord, however, the company announced that there will be online pop-up events just after the “AR launch” on July 21. OnePlus uses these pop-up events to get some face time with its fans, but this time it will have to be virtual.

Pre-ordering isn’t the only way to experience Nord first. Let’s be honest, it wouldn’t have been a OnePlus launch without Pop-ups, would it? More details coming soon.

Those who pre-ordered will get two gift boxes – one with limited edition merch and one with “special gifts”. If you buy a OnePlus Nord through one of the pop-up events, you’ll still get some goodies. Plus, phones bought at a pre-order or pop-up event will likely be the first to ship out to their new owners.

However, the exact details will be unveiled soon (delivered on Instagram with a healthy does of memes).

Meanwhile, the company is teasing more details about the OnePlus Buds, which will be also unveiled on July 21. They’ll have 30 hours of battery life including the charging case, which has a 430 mAh battery.

You will be able to use any 10W charger (it doesn’t have to be a Warp Charger) as the case will limit the charging speed to 5V and 1.5A – that’s still 7.5W, which is really impressive for Bluetooth headphones.

Wireless charging will not be supported, however, as that would have increased the price of the OnePlus Buds. The company is keeping the pricing details close to its chest, but hints that they will be more affordable than AirPods (non-Pro) and Google’s Pixel Buds.