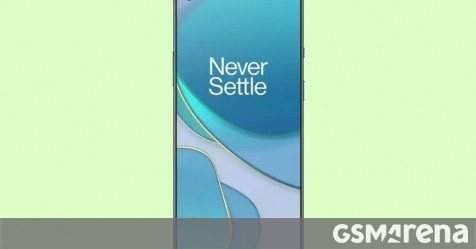 OnePlus usually refreshes its flagship smartphone (or smartphones) towards the end of the year, and it looks like 2020 will be no different.

According to a new leak, the upcoming OnePlus 8T will come with a 6.55-inch AMOLED touchscreen with 120Hz refresh rate. That’s the exact same size as its predecessor, the OnePlus 8, but the refresh rate is a step up from the 90Hz that model had. Additionally, as per an image leak from a few days ago (see below this paragraph), the OnePlus 8T may switch to a flat panel.

On the back, there will be a quad camera setup, headlined by a 48 MP main sensor, alongside which we’ll see a 16 MP ultrawide, a 5 MP macro cam, and a 2 MP depth sensor. Those seem identical to the OnePlus 8’s cameras, save for the addition of the macro lens. However, the source of this rumor claims that the OnePlus 8T’s main snapper will employ a newer imaging sensor than its predecessor, thus improving picture quality. It’s unclear whether this means the 8T will get the OnePlus 8 Pro’s main camera or not.

Design-wise, don’t expect any departures from the general language of the OnePlus 8. The 8T will however be powered by the newer Snapdragon 865+ chipset, aided by 8GB of RAM and 128GB of storage.

Unsurprisingly, the 8T will run Android 11 out of the box, with OxygenOS 11. Expect to see the new phone (perhaps alongside a OnePlus 8T Pro) unveiled by the end of this month, or during the first week of October.