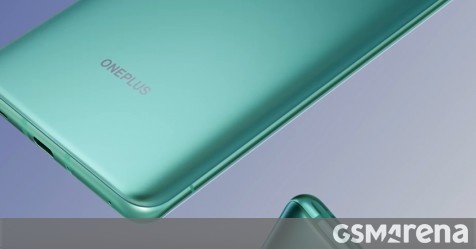 OnePlus is the company that, many years ago, pioneered the slow drip of information regarding an upcoming device prior to its announcement, and unsurprisingly it’s at it again.

The video teaser you can see below basically confirms both the design of the OnePlus 8 series, as well as the Glacial Green colorway, that’s one of three that should be available (according to past leaks) for both the OnePlus 8 and the OnePlus 8 Pro. The 8 will also be offered in Onyx Black and Interstellar Glow, while the Pro gets Onyx Black and Ultramarine Blue alongside the green option.

OnePlus promises that its new phones will be both beautiful to look at, as well as easy to hold/operate, we’ll have to see exactly how it plans on delivering the latter – perhaps it has to do with the fact that the green and blue versions have matte glass backs?

The OnePlus 8 and OnePlus 8 Pro will become official at an online event on April 14. If you’re interested in them, check out this mammoth leak that details pretty much everything there is to know. Pricing too, although that might be one tough pill to swallow considering OnePlus’ roots as a maker of cheap flagship handsets. On that note, remember that there’s been a rumored third member to the 8 family, a OnePlus 8 Lite or OnePlus Z, which may arrive later on this year with a more palatable price.