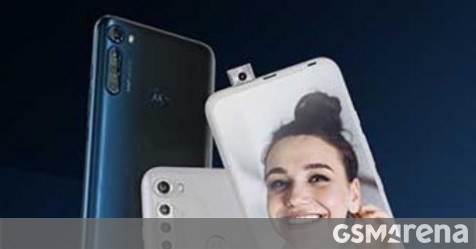 Motorola unveiled its second phone with a pop-up selfie camera  meet the Moto One Fusion+. This helps avoid the punch hole, which is prevalent in recent One models, even the flagship Edge+ has one.

As for the selfie camera, it packs a 16MP sensor and raises up only when its needed (theres a fingerprint reader on the back that can be used to unlock the phone). The Moto One Hyper, is quite similar to this device, but it does pack a 32MP pop-up selfie cam.

On the back the main camera is based on a 64MP sensor, just like the Hyper. It has an f/1.8 aperture and a Quad Bayer design for better low light performance. Its joined by an 8 MP ultrawide-angle camera (118°), a 5MP dedicated macro cam and a 2MP depth sensor for portraits.

The Motorola One Fusion+ is powered by the Snapdragon 730, an nm chipset that promises CPU and GPU performance upgrades over the Snapdragon 675 (11 nm) used in the Hyper. Its hooked up to 6GB of RAM and 128 GB storage, which can be expanded by microSD cards up to 1 TB. 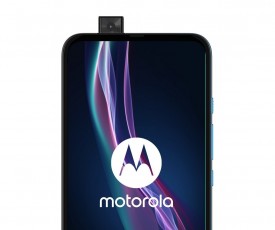 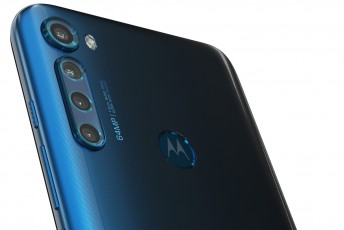 Youll have to settle for using only one SIM, however, as the phone has a hybrid card slot. The good news is that it also has a 3.5mm headphone jack and an FM radio receiver on board, how old school. Theres no NFC, though.

The other wired connector is the USB-C port, which supports 15W fast charging for the 5,000 mAh battery. For comparison, the Hyper supports 27 W charging in Europe and 45W in the US, but its battery is smaller (4,000mAh). 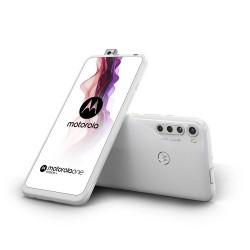 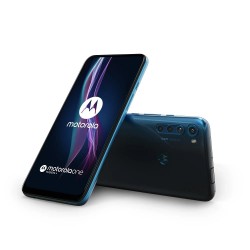 Motorola One Fusion+ in Moonlight White and Twilight Blue

The Motorola One Fusion+ will launch in Europe later this month and it will cost 300 (there’s no word on a US launch). It will be available in two colors, Moonlight White and Twilight Blue.