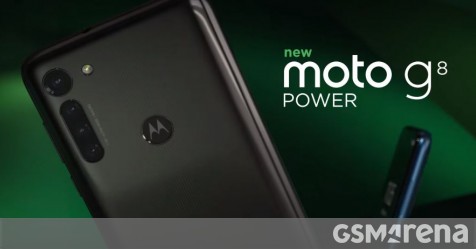 The Moto G Power is basically the Moto G8 Power for the US. This model was unveiled back in February alongside the Moto G Stylus, and they are both now finally up for grabs in the US.

The long wait may have been worth it, though, as the Moto G Power is priced at just $249, while its stylus-endowed cousin is going for $299. You can buy either one from Motorola’s online store, B&H, and Best Buy. If you go with Best Buy, note that you can get $50 off these prices if you activate wireless service immediately upon purchase.

The Moto G Power is built around the 5,000 mAh battery that is the point of its name. It has a 6.4-inch 1080×2300 LCD touchscreen, the Snapdragon 665 chipset, 4GB of RAM, 64GB of expandable storage, a triple rear camera setup (16 MP main, 8 MP ultrawide, 2 MP macro), a 16 MP selfie snapper housed in the screen’s left-aligned punch-hole, and a rear-mounted fingerprint scanner. It runs Android 10.

The Moto G Stylus obviously brings a stylus to the table, and while its specs are mostly similar to those of the Moto G Power, they’re not identical. The G Stylus, for example, has a 48 MP main camera sensor and a 16 MP ultrawide, 128GB of storage, and a smaller 4,000 mAh battery. Everything else seems to be the same.