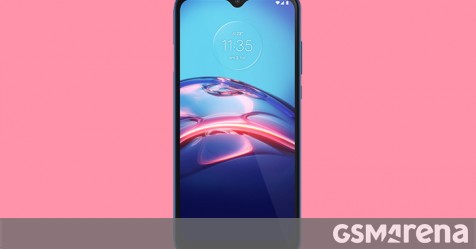 Motorola has definitely been quite prolific about launching new phones so far this year, but it’s not done yet, by any stretch of the imagination. The Moto E7 and E7 Plus are both coming at some point in the near future, and we’ve already seen them leaking from time to time.

The vanilla E7 has actually been spotted listed by a Spanish retailer recently, with a price tag of €148.07. That should give you some idea of how much it should cost in other European countries as well. That listing helpfully provided its model number, and it turns out that the phone has already been certified by the FCC.

This process has revealed the outline of its back, which you can see above. It looks like there’s going to be a dual or triple rear camera setup (if it’s the former than one of those circles will house a flash), with a fingerprint sensor below, embedded in the Moto logo dimple. The FCC says the E7 will have a 5,000 mAh battery, and a TUV Rheinland certification also tells us that the phone will have a 10W charger in the box.

A Canadian carrier listed the E7 back in July, and from that we saw that the handset has a waterdrop notch on the front. Spec-wise, one version will have 4GB of RAM and 64GB of storage, but the base model could be 2/32GB. As for the chipset employed, that’s a more complicated mystery, as it could be the Snapdragon 460 or 632. The screen should be around 6.2″ with 720×1520 resolution. 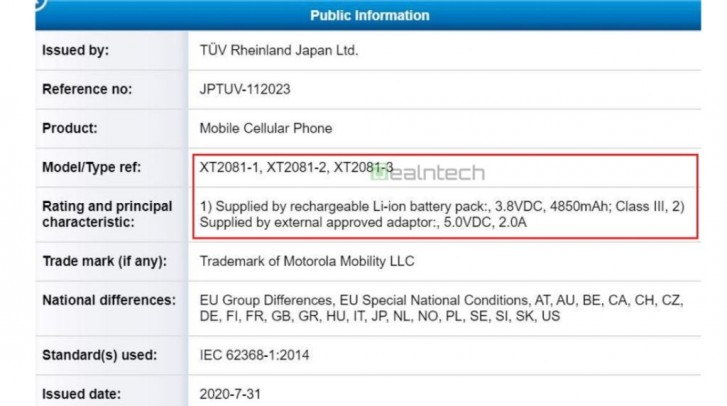 Note however that the FCC schematic conflicts with purported hands-on images of the Moto E7 that were leaked last month, showing a very different design on the back, so we’re not sure what’s going on here. Furthermore, the aforementioned Canadian carrier listing talked about a 3,550 mAh battery, so maybe this Moto E7 that got certified is actually going to be sold as Moto E7 Power. That would definitely fit with the company’s previous antics.

Either way, it would be nice for the E7 family to get official soon, so all of this gets cleared up.