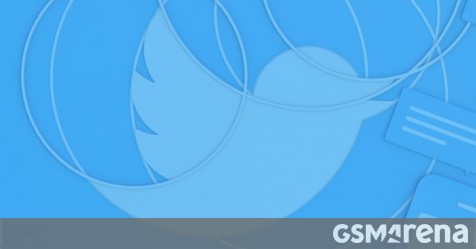 On Wednesday afternoon, a dozen or so major Twitter accounts were compromised in an organized Bitcoin scam that scammed unsuspecting people out of tens of thousands of dollars in Bitcoin. The event began at around 4PM Eastern time and lasted for about two hours, during which compromised accounts with millions of followers Tweeted various “feeling generous” scam posts. This is when followers are encouraged to submit an amount of money to a specified user with promise they would receive double the amount back. Spoiler alert, nobody gets money back.

Messages like the above were sent from the hacked accounts of Jeff Bezos, Elon Musk, Kanye West, Cash App, Apple, Wiz Khalifa, Warren Buffet, Joe Biden, Mike Bloomberg, Barack Obama, MrBeast, Floyd Mayweather, and XXXTentacion. Even crypto accounts of Gemini, Coinbase, Biance, and Coindesk were all Here are some of the Tweets, all of which seem to direct to singular or organized group of Bitcoin accounts with the premise that they’d receive double the money that they sent. 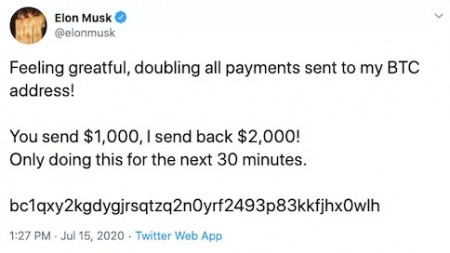 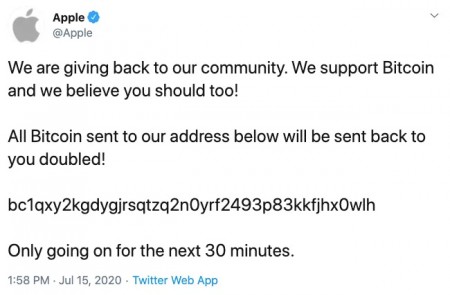 Most if not all these accounts were Twitter verified, and between them they shared tens of millions of followers. Twitter acknowledged the attack less than two hours after it began and offered the following statement.

We are aware of a security incident impacting accounts on Twitter. We are investigating and taking steps to fix it. We will update everyone shortly.

Twitter CEO Jack Dorsey promises that it will offer a report of what happened once the Twitter team has a better understanding of what exactly it is that happened.

Tough day for us at Twitter. We all feel terrible this happened.

We’re diagnosing and will share everything we can when we have a more complete understanding of exactly what happened.

💙 to our teammates working hard to make this right.

According to Motherboard, the alleged culprit is an internal Twitter administrative tool that was supposedly used. Screenshots of this tool (shared around on Twitter) showed hackers how to take advantage of this tool. Twitter has since taken down these screenshots.

We are really looking forward to hearing what Twitter finds.