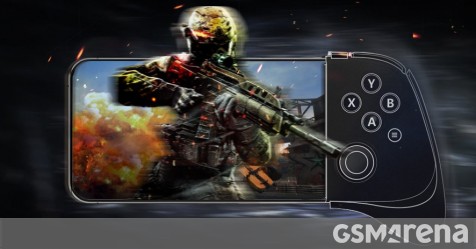 The Lenovo Legion will be officially unveiled on July 22, for now the company is warming up the crowd with a few choice teasers – the latest touts the advantages of a 144 Hz display for gaming. Not quite official, but a leaked video offers the first glimpse at Legion OS, which is based on Lenovo’s ZUI 12 (itself based on Android 10).

First, here’s the official teaser. The Legion brand is aimed at gaming hardware – from desktops through accessories and now phones too. And as you can imagine 144 Hz displays are a common theme among the brand’s products for the increased clarity in fast-paced games. 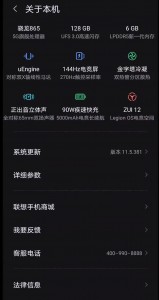 Official teaser for Legion’s 144 Hz screen • A screenshot from the leaked video, showing the specs

The video shows an Avengers-themed wallpapers along with a widget that shows CPU and GPU clock speeds. There’s a specs screen in the settings, which reveals some surprising choices.

The chipset is labeled as just “Snapdragon 865” even though it should be the faster Plus version. But check out the RAM – only 6 GB of LPDDR5. Gaming phones like to brag about things such as RAM capacity more than most. The storage isn’t huge either, 128 GB of UFS 3.0.

Lenovo has hinted that there will be a more capable Pro edition of the phone, so this would be the vanilla model. The Pro is expected to be equipped with 16 + 512 GB memory (UFS 3.1 to boot).

There are some impressive specs here, though. Like the 90 W fast charging, which will be featured on all Legion phones. On this phone it will be charging a 5,000 mAh battery.

The dual speakers with 65 mm drivers should produce rocking sound. It will be helped by the uEngine with dual linear motors for haptic feedback. And then there’s the 144 Hz refresh rate, of course, coupled with 270 Hz touch sampling rate so that the phone can react to your inputs as quickly as possible.