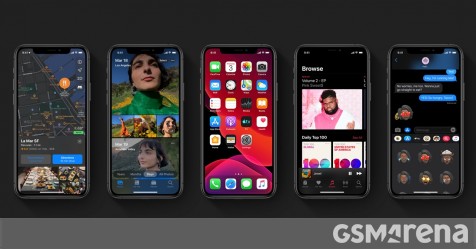 We wont know for sure until Apples WWDC hits the Web later this month (this year its online-only), but theres mounting evidence that the upcoming iOS 14 will support every device currently running iOS 13.

The Verifier came to this conclusion based on clues found in early development code from iOS 14 as well as an unnamed trusted source. Heres the list of all devices headed for the next iOS version:

Its impressive that the iPhone 6s from late 2015 is still getting major updates. Same goes for the slightly younger iPhone SE, which recently got a long-awaited successor. This is the end of the road for both phones, however, they wont see iOS 15.

The iPhone 7 and 7 Plus are in better shape and can expect to receive updates for the next two years, according to the source (so, iOS 16).

Keep in mind that WWDC (June 22) will bring the beta version of the new operating system, the stable update will likely come out alongside the iPhone 12.

So, what will be the new features in iOS 14? Theres talk of a list view option for the home screen (with Siri-powered smart suggestions) and possibly even home screen widgets. Clips is another feature, allowing apps to run without installation (similar to Androids Instant apps), but also showing a partial UI from one app inside another (similar to Androids Slices).