Interesting new iOS 14 features you might not know about 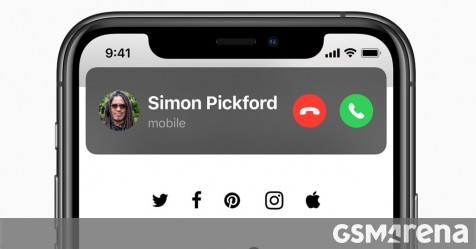 That’s a sizable list of major new features to discuss in one event where Apple also had to talk about other things. So what Apple mentioned during its WWDC keynotes is usually just the tip of the iceberg when it comes to all the new features in its major new OS releases. And this year arguably has the longest list of changes hidden away in the ‘All New Features’ page on the company’s website.

So we went through the 191 new features listed on Apple’s website to pick the ones that Apple missed out on mentioning during the keynote but are seriously worth your attention. For some of you, the features listed below might even be more important than what was mentioned during the keynote. If you’re already an iOS user or someone on Android who is thinking of jumping fence, you’re going to want to read this.

The following features have been listed in no particular order. 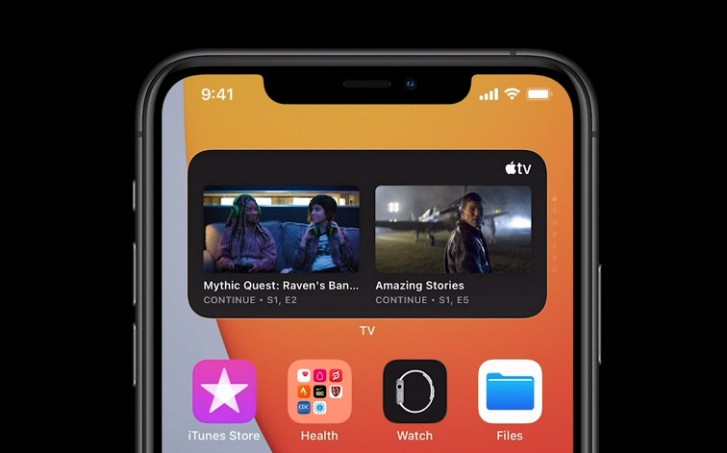 Widget stacks: Apple discussed at length its new design for widgets in iOS 14. It also showed the new Smart Stack widget, which stacks relevant widgets in one place so you can flip through them and also changes based on the time of the day. However, what Apple didn’t mention is that you can create your own custom widget stack. Just place your favorite widgets one on top of another to create a stack on your homescreen. Then you can just flip through them without wasting additional space on your homescreen for multiple widgets.

App Library: Apple discussed most of the App Library features in the keynote but it’s worth pointing out that all new apps that are downloaded will now directly go into the App Library. Alternatively, you can also choose to have them appear on the homescreen if you prefer the current method. 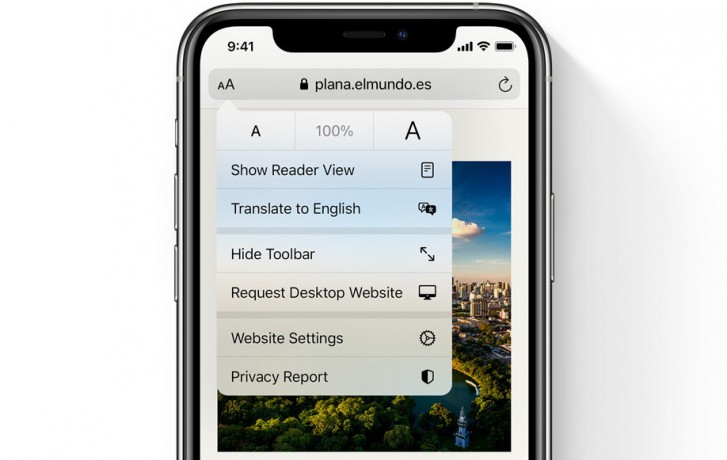 Safari improvements: Apple brought up Safari when talking about macOS Big Sur but didn’t mention that some of the changes also apply to Safari on iOS 14. Safari on iOS 14 also supports the text translation feature for non-native web pages. It also includes the web privacy report function and supports password monitoring to check if your passwords were involved in a data breach. Lastly, Safari on iOS 14 also features the new JavaScript engine for 2x faster JS performance than Chrome on Android 10.

Power reserve for Car Keys: One of the thoughts I had while watching Apple’s cool Car Keys demo was how do you unlock your car if your iPhone’s battery dies and you didn’t bring your key. The answer to that is power reserve, which enables you to still use your iPhone as your car key for up to five hours after the battery on the phone is dead. Pretty cool.

Headphone Accommodations: This is a new accessibility feature for those hard at hearing. It adjusts the frequency response and amplifies softer sounds to make them easier to hear. It works with AirPods Pro, AirPods, EarPods, Powerbeats, Powerbeats Pro, and Beats Solo Pro. It’s also compatible with the Transparency mode on the AirPods Pro and helps amplify the softer sounds and quieter voices in your surroundings. 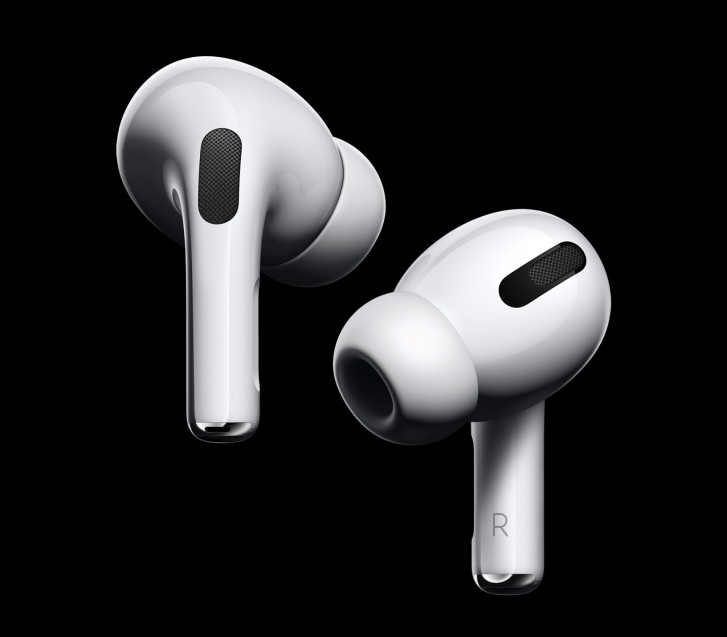 AirPods features: Along with spatial audio and automatic device switching that Apple discussed during the keynote, AirPods are also getting battery notifications, which will alert the user if the AirPods need to be charged before they get on a call or start a movie. Apple has also introduced a new AirPods Pro Motion API, which gives developers access to orientation, user acceleration, and rotational rates for AirPods Pro  ideal for fitness apps, games, and more. 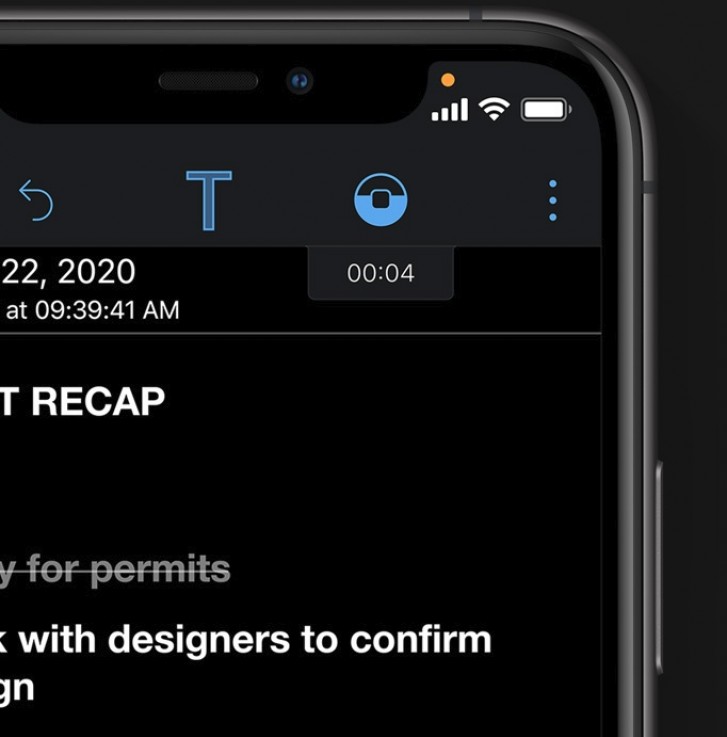 Privacy features: Along with privacy information on the App Store, app tracking controls and approximate locations, you can now also give apps access to only selected items when an app asks access to your photos instead of your entire photo library. iOS will also now show an indicator in-app and in Control Center whenever any app is using the mic or camera in the background.

Camera features: This is a big one and it’s a bit odd that none of this was mentioned during keynote. For starters, Apple has improved the camera performance in iOS 14, with up to 90% faster capture speed. Time to first shot is now up to 25% faster and Portrait shot-to-shot is up to 15% faster. These numbers are from an iPhone 11 Pro Max so you likely won’t see the same difference on older generation iPhones. Apple also added a new setting for prioritizing faster shooting, which changes how the Camera app processes the images for even quicker shooting experience.

The QuickTake video feature, which debuted on the iPhone 11 generation and allowed you to press and hold on the camera button in Photo mode to just start recording a quick video is now coming to iPhone XR, iPhone XS, and iPhone XS Max. This could have very well arrived last year itself but Apple likes its timed exclusives.

Similarly, all iPhone models now feature quick toggles within the Camera app to change video resolution and frame rate without having to go to the Settings app. 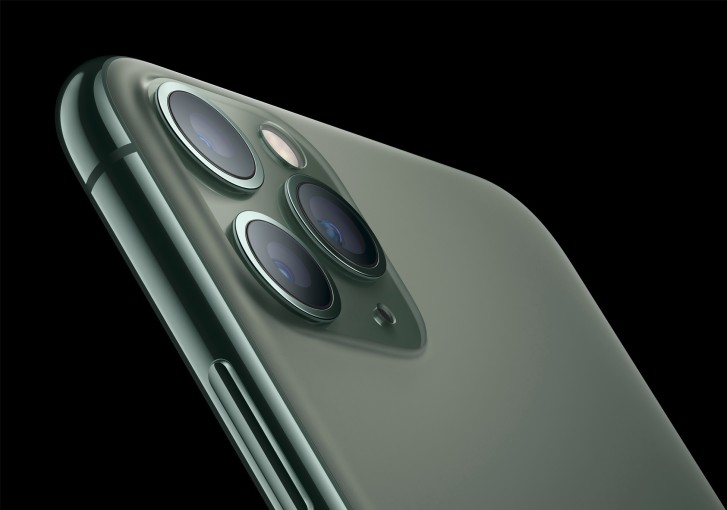 Apple has also updated the Night mode implementation. When shooting on the iPhone 11 series in Night mode, the camera will provide a guidance indicator on the screen to help you stay steady throughout the capture. And you can now also cancel mid-capture rather than wait for the shot to finish shooting.

You can now lock the exposure for photos and videos for an entire session while separately locking focus and exposure for a specific shot.

You can now also choose to mirror your saved selfie photos using an option in the settings so they are consistent with the camera preview. I’m not sure who wants to save reversed photos of themselves but it’s there now if someone wants it.

Lastly, improvements to QR code reading makes it easy to scan codes even if they are small or wrapped around objects. 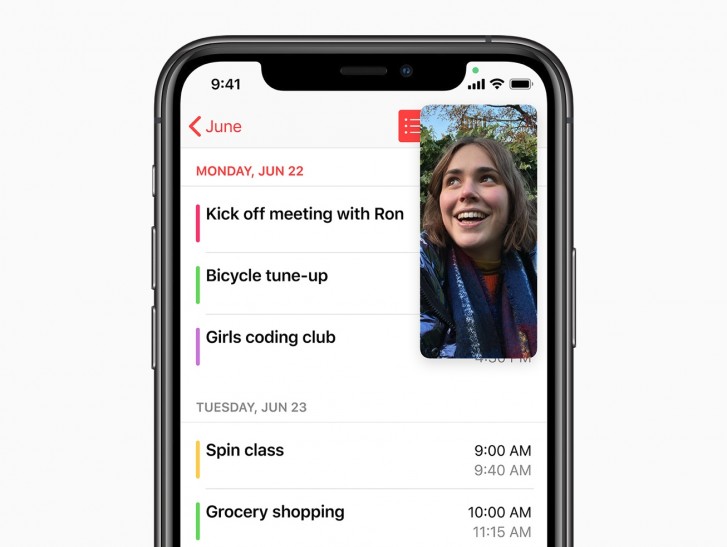 FaceTime updates: FaceTime also benefits from the new picture-in-picture feature in iOS and you can have your FaceTime call on top of other apps. FaceTime video now also has higher quality with up to 1080p resolution on select devices.

FaceTime can also now detect when a participant is using sign language in a Group FaceTime call and automatically makes that user more prominently visible. Lastly, we have a feature that we first saw in the iOS 13 developer beta but was eventually removed. The eye contact feature magically makes it seem to your callers like you are looking at your phone’s camera (where you should be looking) instead of at your screen. It uses some AI trickery in the background to move the pupils of your eyes in the video in real-time so it looks to the caller that you are looking at them rather than your phone’s screen.

Regional features: Apple also added a host of new features specific to certain regions. Users in China can now use the Wubi input method on their iPhones. Users in Ireland and Norway now get autocorrection support for Irish Gaelic and Norwegian Nynorsk, respectively. For Japanese users, Apple has redesigned the Japanese Kana keyboard for easier typing numbers with repeated digits.

The biggest set of regional changes is for India, however. There are new fonts, including 20 new document fonts and 18 of the existing fonts have been updated with more weight and italics. The fullscreen effects in Messages are now localized for 23 Indian languages. Mail now supports email IDs with Indian script, although I’m not sure what ‘Indian script’ exactly refers to here. Lastly, users in India can now download Siri voices, software updates on mobile data. They can also download and stream Apple TV+ shows over cellular data for the first time. This is a huge deal as cellular data is pretty affordable in India.

Keyboard updates: The emoji section now has its a search field, so now you can search for a specific emoji. The keyboard can now also autofill contact information in third-party apps without having to give that app access to your contact list.

Music: The Music app in iOS is getting the same changes that we saw in the iPadOS section of the keynote. There’s a new home tab for playing and discovering new music, artists, and playlists. The app learns your preferences as you play. A new Autoplay feature keeps the music playing after you reach the end of your playlist with similar music. An improved search feature now filters results based on genre, mood, and activity. Lastly, library filtering lets you find artists, albums, playlists, and other items in your library even faster. Swipe down within each section to filter your results.

Default apps: You can now finally set a default web browser and a mail client on iOS that isn’t one made by Apple. This means you can easily just set Chrome as your default browser or Gmail app as your default email client. Unfortunately, that’s currently the limit of what you can set as your default apps but it’s a good step forward and could be something Apple expands in the future. 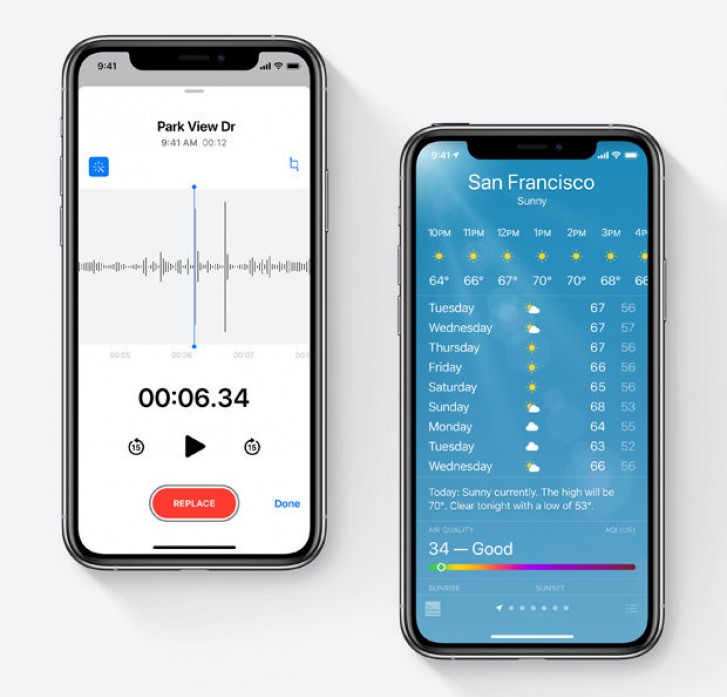 Weather: It seems Apple is starting to leverage its Dark Sky acquisition with improvements to the Weather app. The app now supports a minute-by-minute chart that shows the intensity of rain or snow over the coming hour in the US. It will also indicate when the weather will be significantly different the next day and shows a chance of precipitation for each day on multi-day forecasts.

Accessibility features: Apart from the Headphone Accommodation feature discussed before, iOS 14 also features a few additional accessibility features. Back Tap allows you to configure your iPhone to detect taps on the back of the phone. You can configure a double-tap or triple-tap and the device will then execute your preset function. On-device AI can now recognize key elements displayed on your screen to add VoiceOver prompts for apps and websites that don’t have accessibility built-in. VoiceOver can speak the text that it identifies within images. VoiceOver also automatically detects interface controls within apps and helps to navigate them more easily. If images within apps or the web have descriptions, VoiceOver will also read them out for you.

SMS filtering: Apple has finally added filtering options for SMS in the Messages app. The app can automatically filter incoming SMS into categories such as transactions, promotions, or junk. This will be a huge boon for markets like India where SMS spam by companies and even carriers is rampant.