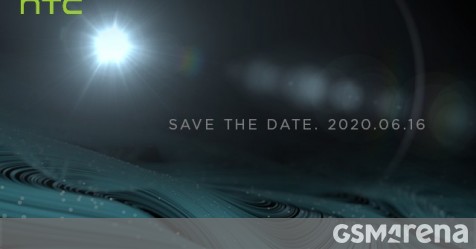 HTC still exists and still makes smartphones, apparently, as it’s now set to soon unveil its first ever device to run Android 10 from day one. It’s going to be called Desire 20 Pro, and recently it’s been doing the rounds obtaining various certifications left and right, in anticipation of its launch.

The phone will become official on June 16, and this is no rumor: the banner image you see below appears on HTC’s Taiwanese website.

The outline of the handset reveals a single left-aligned punch-hole for the selfie camera on the front, and an elongated camera island on the back, which is also on the left side.

That has been rumored to house four shooters, and according to a leaked schematic of the phone there will be a fingerprint sensor on the back. So while this is going to be HTC’s first smartphone with a punch-hole cutout for the selfie cam, it will have no in-display fingerprint scanner action.

And that, along with the naming, just comes to confirm that this will probably end up being a run of the mill mid-ranger, like all the other Desires before it. According to a benchmark listing’s results, the Desire 20 Pro is most likely going to be powered by a Snapdragon 660 or 665 SoC, paired with 6GB of RAM. A rumor at some point claimed that there will be a 3.5mm headphone jack somewhere, so there’s that to consider too. As for the screen, expect a 6.5″ LCD with FHD+ resolution.