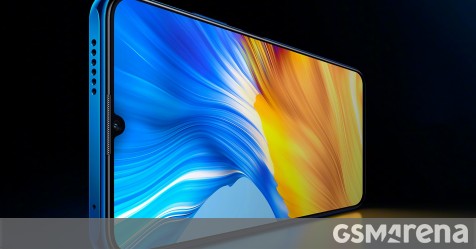 Weve been hearing about a bigger Honor X10 for quite some time, and now the Huawei brand revealed there is such a phone – it will be called Honor X10 Max and will be officially unveiled on July 2.

According to the official Weibo profile, the device will have 5G connectivity, and there is even an image of the phone, revealing a waterdrop notch for the selfie camera, as well as a fingerprint scanner on the right side, below the volume rocker.

The Honor X10 Max is expected to provide the same Magic user experience as the Honor X10 but on a bigger screen. The Honor 8X had a Max sibling that appeared sporadically outside China, and while the Honor 9X did not have a bigger version, this generation of Honor midrangers is back on the large-display bandwagon.

Specs are yet to be revealed, and with the 10 days leading to the announcement we expect to see some teasers, but one Weibo leakster revealed what appears to be the official sheet. We are looking at Dimensity 800 chipset, 7.09 screen with Full HD+ resolution, and a 5,000 mAh battery. It will support up to 22.5W fast charging. 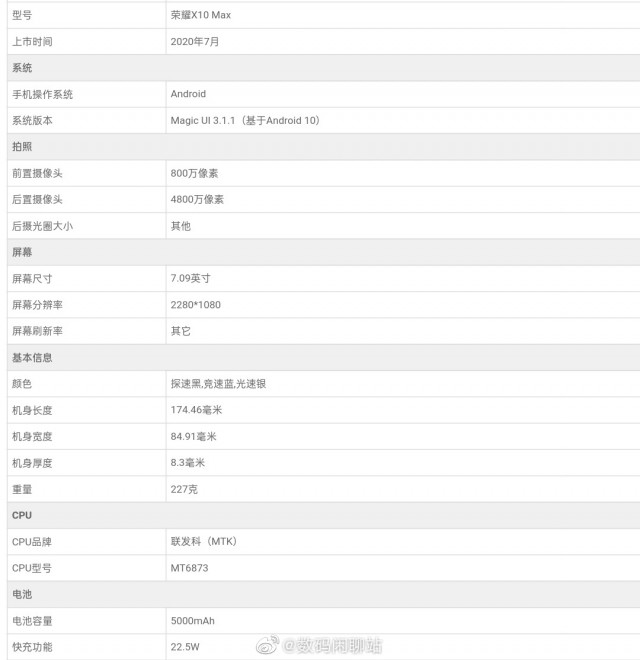