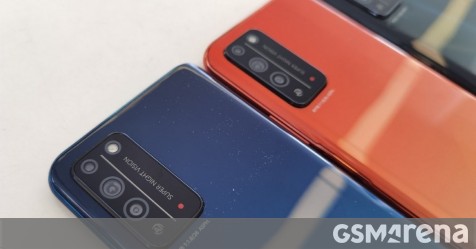 The Honor X10 is arriving on May 20 and four days ahead of the launch, its live images have surfaced, showing off the smartphone in three colors – Blue, Orange, and Black.

The smartphone appears to have a glass body and you can see a triple camera setup placed in the upper-left corner inside a rectangular plate along with an LED flash and text that reads “Super Night Vision”.

You can also see the AI logo below the cameras, and further down there’s more text confirming the Honor X10 will come with an RYYB filter main cam. From previous leaks, we know the smartphone will sport a 40MP main camera joined by an 8MP ultrawide (120-degree FOV) and 2MP macro units. 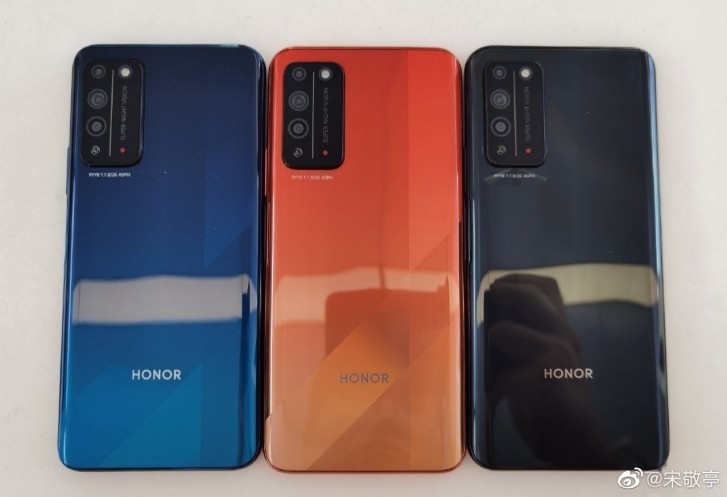 Today’s images don’t show us the front side of the Honor X10, but official images revealed the smartphone will flaunt a notchless display and come with a pop-up selfie camera, which is rumored to have 16MP resolution. 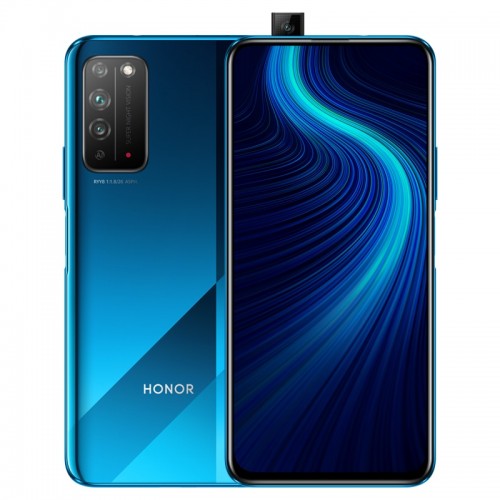 The Honor X10 is confirmed to have a Kirin 820 SoC at the helm and 5G support.

The company is also expected to unveil a Pro variant on May 20, which is rumored to come with a 90Hz screen, 8MP SuperZoom camera with 5x optical zoom and 20W wireless charging while retaining the rest of the specs of the regular X10.