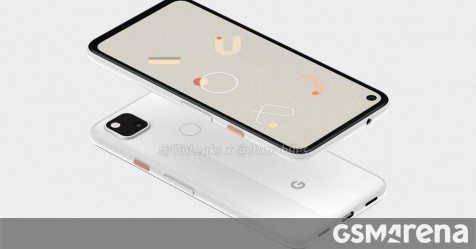 The Pixel 4a saga continues. This affordable smartphone was initially rumored to make an appearance at the Google I/O conference in May, but then that got canceled because of the COVID-19 pandemic. So we heard the launch was pushed to July, but apparently that’s not happening anymore, with the handset inexplicably now being expected to see the light of day in October.

That’s weird, considering how much it’s already leaked, but it’s far from the weirdest thing Google’s ever done. Regardless of when the Pixel 4a will actually become available, it’s continuing its certification march. It was recently spotted at the FCC, and it’s also added a couple more such prerequisite steps in its journey towards availability, at IMDA and BIS.

The latter may mean that it will be launched in India, but it’s not a given. These documents don’t really reveal anything we didn’t know. The Pixel 4a will have 4G support (and no 5G), NFC, Wi-Fi a/b/g/n, and Bluetooth, unsurprisingly.

Past rumors and leaks have talked about the phone coming with a 5.81-inch FHD+ OLED touchscreen (with no high refresh rate), a 3,080 mAh battery, and a single rear camera. Expect to see the Snapdragon 730 SoC running things, paired with 4GB of RAM and 64 or 128GB of storage.