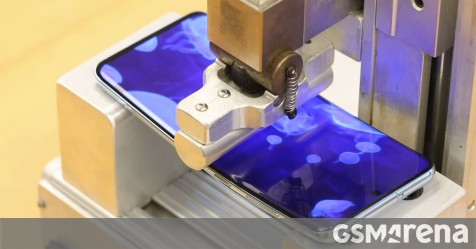 SquareTrade performed its usual breakability test on Samsungs new Galaxy S20 flagship family and found the smallest of the three to be fairly vulnerable. The difference is much larger than last year when all three S10 models scored about the same.

You can watch the phones go through several tests in the video below. Its only 2 minutes long and it shows the damage each phone suffered.

The Samsung Galaxy S20 had its screen completely shattered during the first drop from 6 feet (1.8m), the back didnt fare any better. The S20 was also the only phone of the three to malfunction after the bend test and fared the worst in the tumble test. In fact, the only test it does well in is the water submersion test.

The Galaxy S20 Ultra reached the highest pressure before bending and remained functional afterwards. The phone was usable after the face drop test, despite hairline fractures to the glass.

The Samsung Galaxy S20+ was rated essentially the same (Breakability score of 71 vs. 70), even though it bent easier than the Ultra and didnt handle the face drop test much better. All three phones are equally hard to repair.

Here are the final results. Keep in mind that higher numbers mean more risk, so those 90s and 100s in the Galaxy S20 row are pretty bad.

For comparison, heres what the Galaxy S10 phones scored. The small S10e was again the most vulnerable, though only by a small margin. 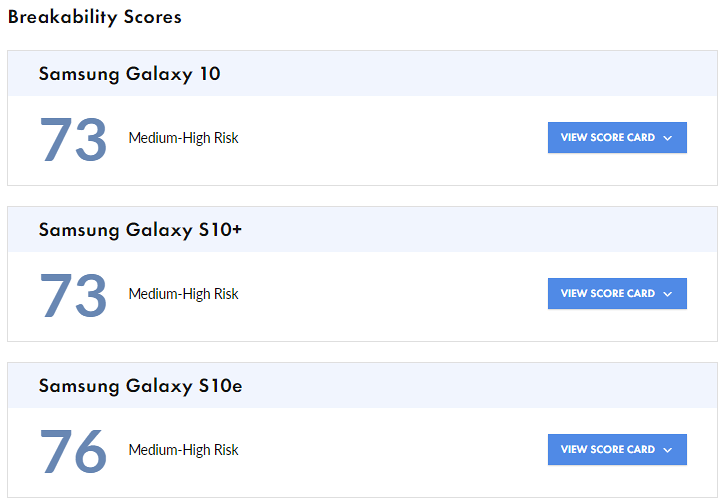 In case youre unfamiliar with SquareTrade, the company first started in 1999 and has been dealing with insuring phones and repairing them ever since. As you can imagine, knowing how likely each phone is to break (and how hard it will be to repair afterwards) is important for its business.