Flashback: Samsung Galaxy S4 zoom, the phone that was mostly a camera 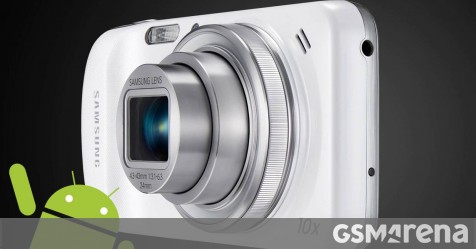 Back in the days before multiple cameras, before periscope lenses and NPUs, the only way smartphones knew how to zoom was digitally and usually with poor results since they had small low-resolution sensors (well, there was that one Nokia, but were not going there now).

The Samsung Galaxy S4 zoom opted for the classic approach to zooming  having a lens that can change its focal length. From the back, this device was nigh impossible to tell apart from your typical point and shoot camera. 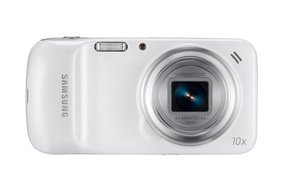 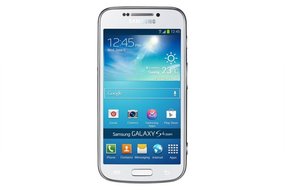 From the front, however, it was clearly a Galaxy S4 mini. The S4 zoom is not the first phone-camera hybrid, its not even Samsungs first. The W880 AMOLED 12M (just take a second to admire that name) was released in 2009  a 3G phone with a 12MP camera on the back, complete with 3x zoom optics and xenon flash (and yes, an AMOLED screen). Then in 2012 Samsung revealed the Galaxy Camera, which ran Android, though it missed the phone part.

The S4 zoom from mid-2013 is one of the earliest Android-powered phone-camera hybrids. Modern social networks were still in their infancy (especially on mobile), but the advantage of coupling the superior image quality (and zoom capabilities) of a point and shoot camera with the app selection of a smartphone showed great promise.

Lets see what we have to work with. The lens could sweep from 24mm to 240mm, 10x optical zoom. And it was a smooth transition too, unlike modern tele cameras with fixed focal lengths that jump between zoom levels and use digital zoom for the intermediate steps.

This is the feature that gave the phone its name and there are still no phones that can match its 240mm focal length. The Huawei P40 Pro+ is supposed to get there later this year, but it will have a much smaller sensor sitting behind that periscope lens. 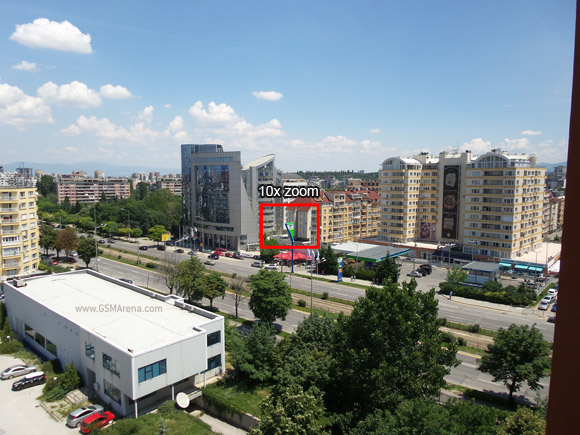 What a difference 10x zoom makes

The Galaxy S4 zoom packed a 16MP sensor that was fairly large for the time, 1/2.33. For comparison, the Galaxy S4 had a 1/3.1 sensor, the iPhone 5s a 1/3.0 sensor. The camera also benefited from Optical Image Stabilization, which was almost non-existent back then  the Nokia Lumia 920 released a few months before was the first phone to have it.

The Samsung also had xenon flash, a feature that phones evolved out of as they strove to be thinner and thinner. But that was not a concern for this phone, the mechanized retractable lens put a lower limit on how thin the device can be. It ended up 15.4mm thick (though, impressively, it was the same height and width as the S4 mini). 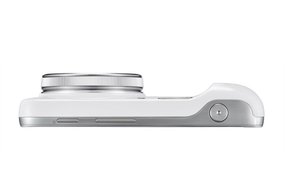 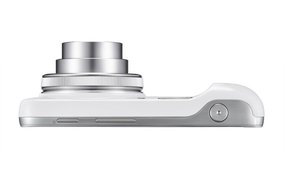 The Galaxy S4 zoom was not a thin phone

The camera interface was borrowed from the Galaxy Camera. It imitated the rings on a DSLR lens and it managed to be both intuitive and quick.

Actually, the phone had a lens ring of its own. It could be used to zoom in and out (strangely, it could not be configured to change the manual settings). It also served as a quick launch shortcut, letting you dial in a specific mode instead of digging for it in the settings menu.

You could change the lens aperture . It only had two steps, but that was still twice as many as most phones offered. At 24mm, you could set it at either f/3.1 or f/8.8, at the longest focal length of 240mm your choices were a dim f/6.3 and properly slow f/17.8.

Still, you had control over that, the shutter speed and ISO and so on. Samsung included detailed explanations in the menus to help newcomers. This was never going to replace a DSLR, but it made for a great practice camera.

If you just wanted to shoot on Auto, there were several Smart and Expert modes that configured the relevant settings and let you just enjoy the moment.

The Remote Viewfinder feature allowed you to connect to the Galaxy S4 zoom over Wi-Fi and control the camera with another phone (complete with a video stream of the viewfinder).

In the end, the image quality benefited from the large sensor and good quality optics, but it was not spectacular. The zooming capabilities were unrivaled, however. The camera even offered the Quiet zoom feature, which allowed you to zoom in and out freely during video capture, without worrying that the sound of the lens motor will be recorded as well.

Phew, it took a while, but the camera part is covered. What about the phone? The external similarities to the S4 mini are obvious and the screen was the same too  a 4.3 Super AMOLED with 540 x 960px resolution. The excellent sunlight legibility really helped with outdoor photography (there was no viewfinder, the screen was all you had to frame your shot).

The phone was powered by a different chipset, however, with a dual-core Cortex-A9 CPU, which was tangibly slower than the dual Krait 300 processor of the minis Snapdragon chipset. The Mali-400 GPU actually held its own against the Adreno.

Battery was another difference, this time the advantage goes to the S4 zoom  2,330mAh vs. 1,900mAh. The extra capacity was needed since there was a lens zoom motor and a xenon flash to feed.

The lens sticking out of the back made this pretty clunky to hold like a phone, but the grip made it perfectly pleasant to operate as a camera. There was even a tripod mount on the bottom, making it clear that the hardware design is more camera than phone.

The S4 zoom was clunky to hold as a phone, but comfy as a camera

Inside was Android 4.2 Jelly Bean (and later 4.4 KitKat), topped with TouchWiz, so every smartphone feature was at your fingertips. An advanced image editor and a simple but capable video editor were just a couple of advantages over a typical point and shoot camera.

The pre-loaded photo and video editors

And if you were not happy with the ones that Samsung pre-installed, the full Play Store was open to you. Snapseed arrived on Android the year before as did Instagram. What else might you find in there? Facebook and Twitter, of course, allowing you to share photos and videos directly. WhatsApp, Skype and Viber too, you name it.

There were follow-ups to the zoom, like the Galaxy K Zoom (based on the S5) and the Galaxy NX, an Android-powered mirrorless camera with an APS-C sensor and interchangeable lenses using the NX mount. That one was more of a Galaxy Camera sequel, though, as it lacked telephony.

After that things petered out, even Sony dropped its lens-style cameras, which debuted in the same year as the S4 zoom. Those also used traditional point-and-shoot camera hardware, though packaged as an external accessory instead of building them into a phone. That offered more flexibility, but the demand just wasnt there.

We cant say for sure why the Samsung Galaxy S4 zoom and similar phones failed. Was it the clunky hardware? That smartphone cameras kept improving, even without the retractable lens? Or just that running Android apps on a point-and-shoot camera (that is also an awkward phone) wasnt all that great after all?