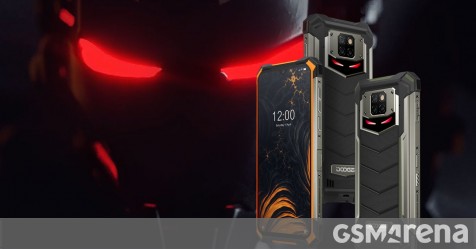 The Doogee S88 Pro takes some design cues from Iron Mans helmet and packs a massive 10,000mAh battery inside a properly rugged frame. And the phone runs stock Android 10 out of the box.

The Iron Man thing is just two eye-shaped LEDs on the back. They are RGB and are used as big bright notification lights. The phone also has two customizable buttons on the side, which can be programmed with three actions each (single and double click plus long press). On the other side there is a fingerprint reader and there is NFC support. 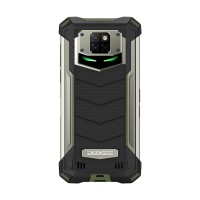 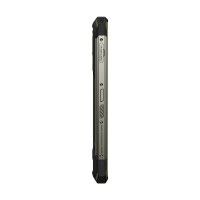 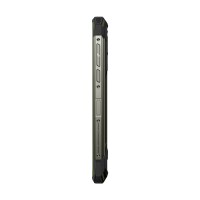 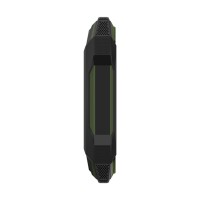 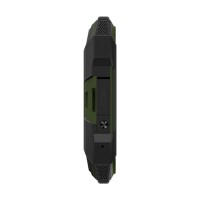 Doogee S88 Pro from all sides

The 10,000mAh battery is good for a month of standby or you could play 3D games for 19 hours straight. Doogee says that with typical usage you should get 7-8 days between charges. You can use the handset as a power bank with 5W reverse wireless charging. The phone itself charges at 10W wirelessly.

The Doogee S88 Pro is a tough device and can survive many hazards. The drop test was repeated 1,000 times showing that the phone can handle drops from 1.5m height on a rough surface and 2m height on a smooth surface.

If you drop it in water, it can spend 2 hours at 1.5m depth or up to a full day at 1m. Its also IP69K rated, meaning it has protection against high pressure, high temperature water sprays.

Not just that, the device can survive extreme cold (-55°C for 4 hours), can be left out in the scorching sun and it brushes off high humidity and even acidic atmosphere. Its all thanks to the tightly-sealed, shock-proof frame. 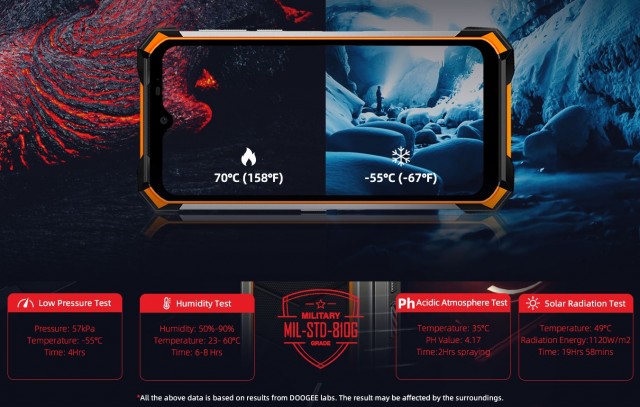 Theres a triple camera on the back, featuring a 21MP main unit. Its based on a fairly old IMX230 sensor (were talking Xperia Z3+ era hardware here), but it can record 4K at 30 fps. Also, theres a 130° ultrawide-ange camera with an 8MP sensor and an 8MP depth sensor. On the front is a 16MP selfie camera inside a teardrop notch.

The Doogee S88 Pro is currently on pre-order, you can find it at the Doogee Mall and AliExpress. The phone costs $200/180 right now, but thats a launch discount of its usual price of $250/225. The first units will ship out on June 21.