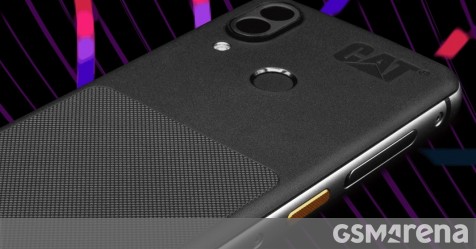 The Cat smartphone brand has brought us some properly rugged smartphones, and the latest one is on the verge of being announced. Its name is Cat S62 Pro and is already listed at the brand’s website, but we have only a couple of teasers and nothing on the internals.

The new device will have an improved thermal camera, one regular shooter and a fingerprint scanner on the back, and comes with IP68 and latest MIL-STD-810H certifications.

The Cat S62 Pro is a follow-up of the Cat S61 that brought an integrated FLIR thermal camera. The S62 Pro is showing us the “next generation” with “several exclusive enhancements providing even more thermal detail” to help locate and diagnose the damp, the draught, the leak, the hotspot, the electrical short, and the blockage of elevated temperature.

The phone is also advertised as “the pinnacle of innovation, functional design and rugged durability”, but we’re given little details as to what that entails.

We do not expect some flagship-tier specs on the inside – given the Cat S61 had Snapdragon 630, it is very likely the Cat S62 Pro to have Snapdragon 665 or Snapdragon 720/730. The predecessor is currently priced at £650 in the UK, so we expect a similar tag for the S62 Pro as well.