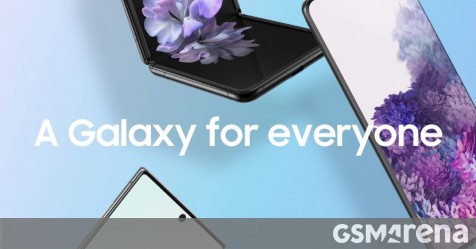 The Average Selling Price (ASP) of Samsung smartphones for the first quarter of 2020 increased by 8.5% compared to Q1 of last year, reports Strategy Analytics. Compared to the last three months of 2019, the ASP is up 20.7%.

Q1 is when Samsung launches the new Galaxy S models, so it sells a lot of premium phones, which brings up the average. Its not just the new S-series, this year saw the launch of the Galaxy Z Flip and wider availability of the Galaxy Fold (which was beset with problems in 2019). The two foldables are the most expensive phones in Samsungs line up, which also nudged the ASP higher.

The rising ASP meant that Samsung took a bigger piece of the pie when looking at the revenue from smartphone sales globally. The company took in 22.1% of the global revenue, up from 21.7% in Q1 last year and 14.4% in Q4.

However, Apple remains the biggest earner, taking home 37.5% of the global revenue. Of course, the exact percentages vary by region, above you can see the breakdown for Western Europe.